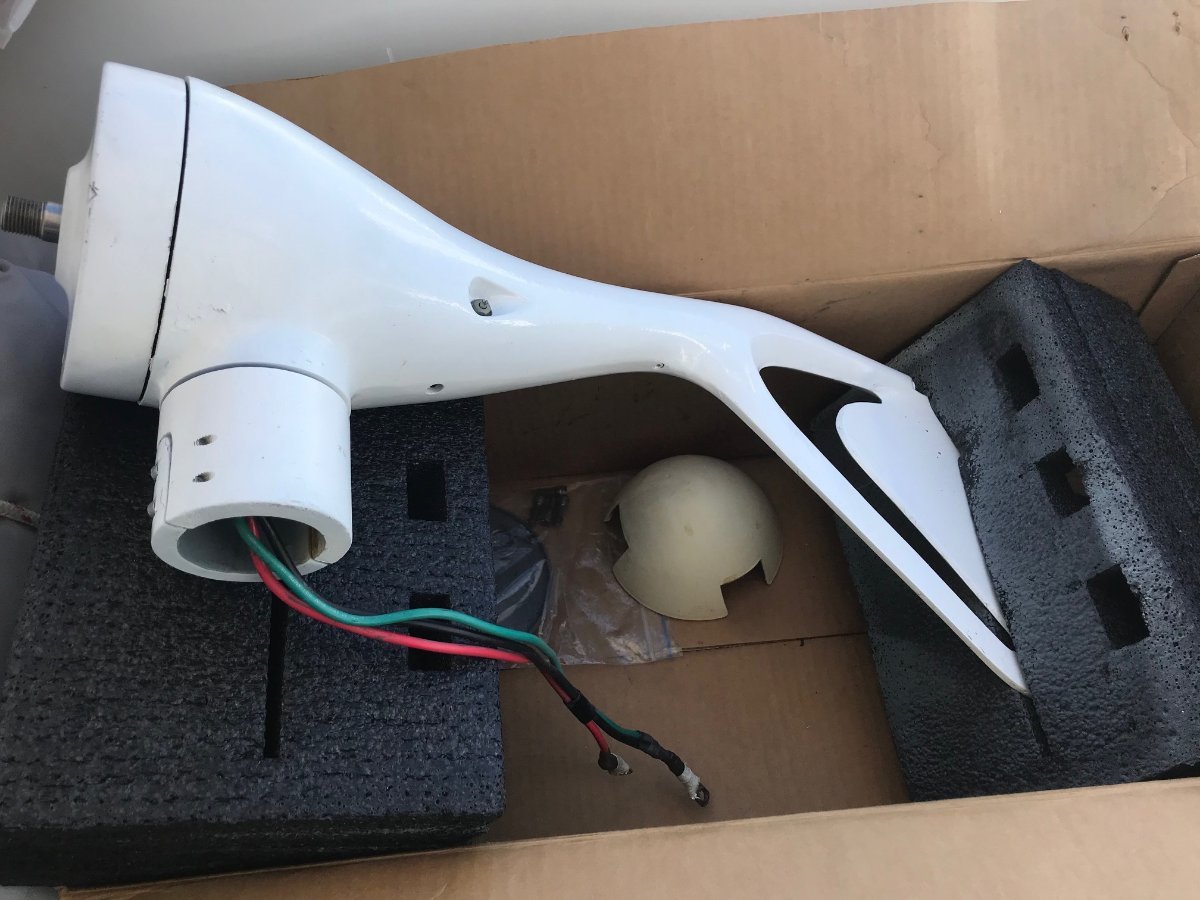 
Supplied by Southern Wind Power.
Been in storage and resurrected.
Before going into storage the unit had a new regulator, a new bearing and new rotor fitted. The original rotor had one of the magnets come loose hence the replacement with a new rotor from a new 403 model (which was supplied as compatible by the former Australian distributor).

Old rotor was repaired with the magnet re-pinned and unit put to test but unfortunately more magnets dropped off (see photo). No idea whether the magnets were originally press-fitted or glued in. The old rotor and magnets will be included in the box. The rotor magnets can be easily refitted using the current method used on new models ie stainless band around the magnets and secured by a screw to hold the magnets in place.

The three carbon fibre blades were highly polished to 2000grit Wet and Dry to alleviate noise. That said, this model is quite noisy compared to newer wind generators and perhaps more suited to a land base, even though it is the Marine model.

The 303 model was rated at 400watts.
Purchased in 1997 and removed from our yacht in 2009.
Unit has been benched tested (as per photo) with the new rotor, producing open voltage of 18.7. Another photo shows a battery being charged with voltage (14.35v) and current (2.8amps) going in. NB The battery being used was a fully charged battery hence this proves the regulator is working.
This suggests the unit is in working order.
Good purchasing option compared to new model from around $1800.
Comes in box (not the original but our replacement's model) so good protection if it needs to be couriered.
Sizing as per current Primus Wind Power models.
Pick up Wide Bay region. Courier by arrangement.
Negotiable / Make an Offer
0408438218
Price
AU $480 Make an offer       Insurance
Launch Year
1997
Location
Floating
Region
Queensland
CONTACT DETAILS
Name
Richard