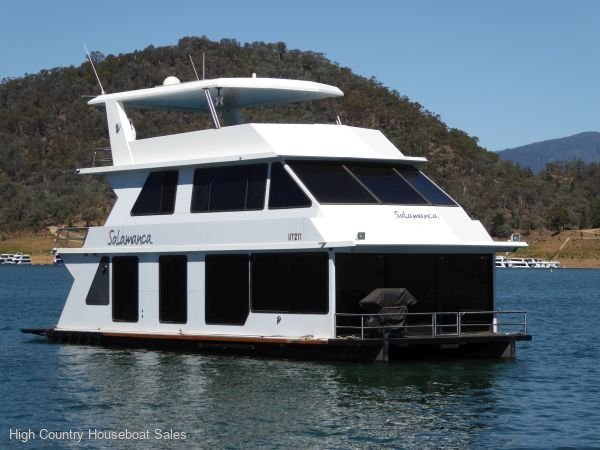 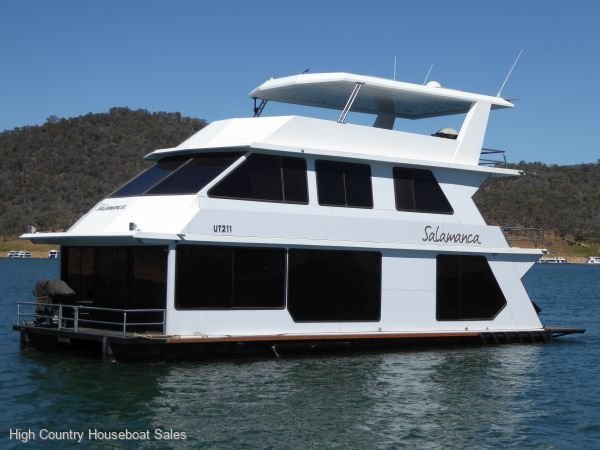 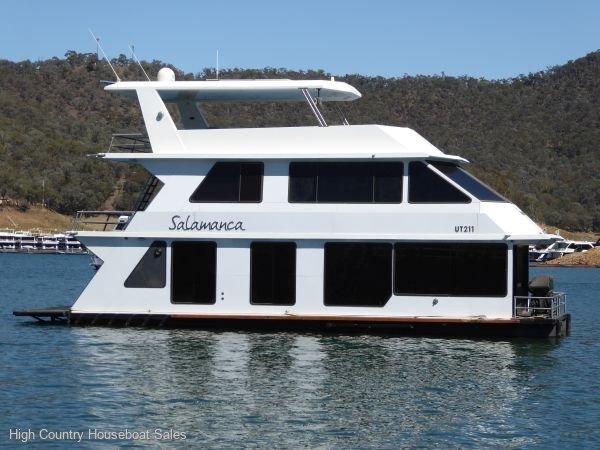 SALAMANCA:
To the current owners, Salamanca means treasured memories of great family times in beautiful parts of the world with lakes, clear blue skies and mountains be that in Tasmania or Lake Eildon.

Salamanca underwent a major refurbishment in 2017. Amongst other things, Salamanca was re-clad, repainted and a new Targa and Hardtop on the Top Deck.

On the first storey level a new Master Bedroom was built to the front, with the other bedrooms upgraded.

Salamanca has 4 bedrooms with queen and double beds and two bathrooms. Plus, there is a couch/sofa bed when you have extras.

Salamanca has a very open plan at water level with large tinted windows. This opens onto the rear deck with hydraulic duckboard.

A unique feature is the internal hydraulic lift to take you to the first storey level.

You will enjoy the fantastic views and the sunshine on the well appointed new top deck. I can just imagine drifting down the Lake on a beautiful afternoon.

The entertainment/sound system was also upgraded with the latest Fusion interconnected Sound System. An Ocean TV auto-satellite tracker was installed with Sat King Receivers on each level of the houseboat.

With the refurbishment significant dollars were spent on the Solar Electrics. This encompassed the latest Victron Energy Inverter/Charger System and Smart Solar System with new Gel Batteries and new Solar Panels. The Victron Energy System will even talk to and update you on your mobile phone.

Other significant improvements have been a new Chevrolet 7.4lt V8 Motor (2016) and a new Lewmar Bow Thruster. Plus a new GMW CHIR was issued in 2019 when she was out of the water.

Salamanca ticks many of the important boxes for a holiday home on the water, with the money having been spent on the expensive items of the Solar Electrics, the Motor, the Pontoons, and the external Presentation.

Salamanca has open plan entertainment at water level, accommodation on the first storey level and enjoy the magic from the top deck.

Salamanca, treasured memories of great family times in beautiful parts of the world with lakes, clear blue skies and mountains; Yes, your family will love the magic of Lake Eildon on Salamanca.

Want to see more: there are around 220 Photos of Salamanca in the DropBox Photo Folder. 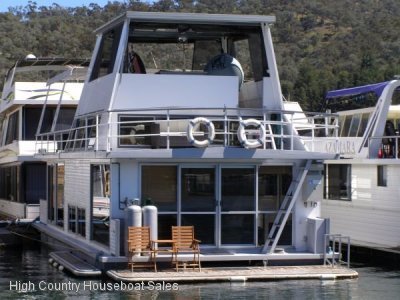 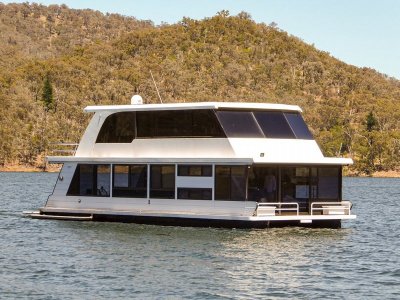 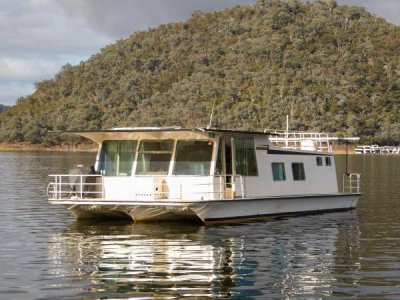 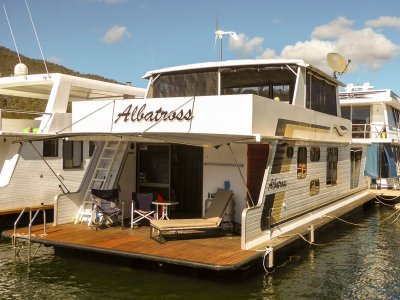