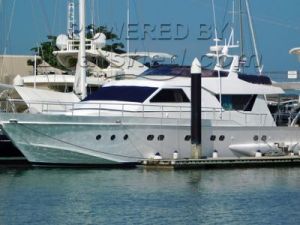 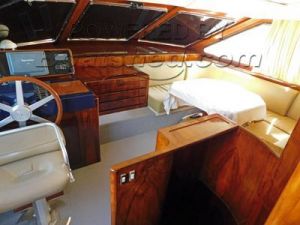 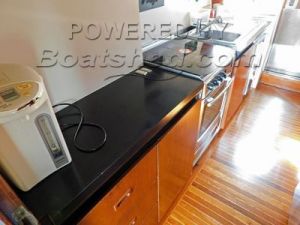 
After many years as a successful charter yacht here in Phuket this Italian beauty is now for sale.

Just refitted and ready to go.

HISTORY:
The boat was commissioned by a London based Mr. Bernard Fellowes who had, as a young man, owned a Riva Superamerica 45', which was then considered to be the 'Rolls Royce' of boats of that class.
In his own words:
Our Riva was moored at Beaulieu in the South of France, a port we enjoyed for its amenities and central geographical position on the coast, only 3 hours to Portofino and 2 hours to St. Tropez.
I decided that when I made the move to a larger boat it would be no more than 25 meters as that was the largest size the harbor at Beaulieu could then accommodate.
I started looking at various shipyards in Italy and France, but could not find one that could get anywhere near the quality of Riva. One day a beautiful Motor Yacht, of 20 m length came into the port she was called 'Analunga'.
I spoke to the Captain, looked over the boat, was very impressed and found out that the builder was 'Cantiere Naval di Santa Maria' based in Santa Margarita, a seaside town close to Portofino.
I tried calling them, but they did not speak any English, so arranged through an Italian speaking friend that we would visit the shipyard the following week.
We duly arrived in Santa Margerita and went to find the shipyard. After 30 minutes of wandering around without success we went into the Miramare hotel and asked the manager, who pointed to a dilapidated old shed opposite !
Needless to say we were not impressed. We then went into the 'shed' and saw a 20 metre boat nearing completion. The quality of workmanship was superb. I found out that they only had the capacity to build 2 boats at a time and for practical reasons they had to be the same length and of a similar design. They explained that they were next to build 2 boats of 22.8 meters in length, one had been sold and the second was still available.
After just 3 hours of negotiating I signed an order !
The engines had already been specified by the other purchaser, who's identity they did not wish to disclose, but who wanted speed with a classical interior.
I visited the yard about every other week during the 10 months of construction, using the hotel manager as interpreter but with my Italian vocabulary rapidly improving.
On one visit I arrived a day before I had arranged and arrived at the shed to find armed guards who refused to let me in, however after the intervention of the manager I was finally allowed access.
I then was introduced to a very short and plump Italian who was the owner of the other boat. His name was Count Gregorio Rossi, head of the family who own the drinks company Martini. As this was at the time of the Red Brigade assassinations in Italy you will understand the security.
He was a charming man and best of all spoke perfect English ! We got on very well and went to the hotel for lunch. He said that he had ordered special Mahogany veneers for his boat from Brazil and they had sent 2 sets instead of one, so would I like one for the interior of my boat. I said yes, but was too intimidated to ask the price !
The original specification was for 'sapele wood' veneer throughout, an African hardwood, however Brazilian mahogany is the holy grail of all hardwoods. With veneer, until it is split and polished you cannot really tell how it will look. His interior unfortunately came out really dark and uninteresting and mine was the perfect shade with the pattern of butterflies when you look closely. When we met after the boats were completed I asked him to tell me how much I owed him for the veneers. He replied because I offered to pay he would not accept any payment, a true gentleman of the type that does not exist today!
After completion she was chartered and then used in the Med for a few years by a Hong Kong family where she enjoyed some heavyweight celebrity patronage. She was then shipped to their Marina in Hong Kong and was used in the movie Taipan before arriving in Phuket to be managed as part of the Amanpuri fleet.


These boat details are subject to contract.
Note: Offers on the asking price may be considered.

Register with Boatshed to see 80 extra photos of this Alalunga 22.8. 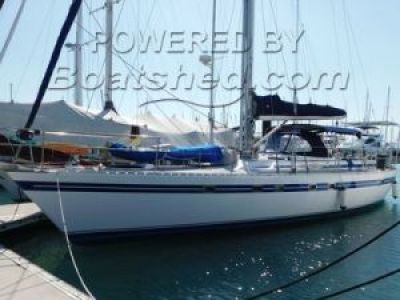 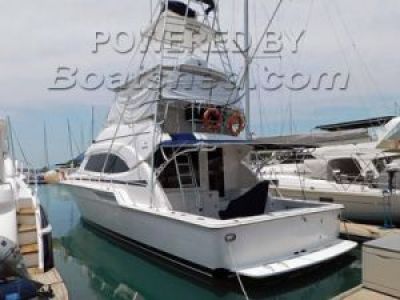 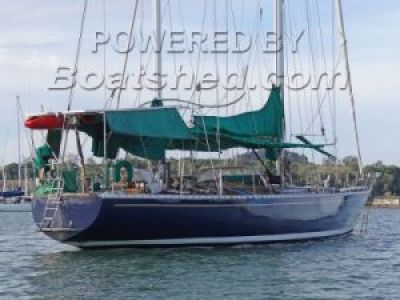 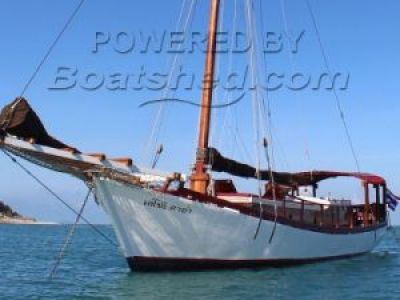