AM Boats For Sale 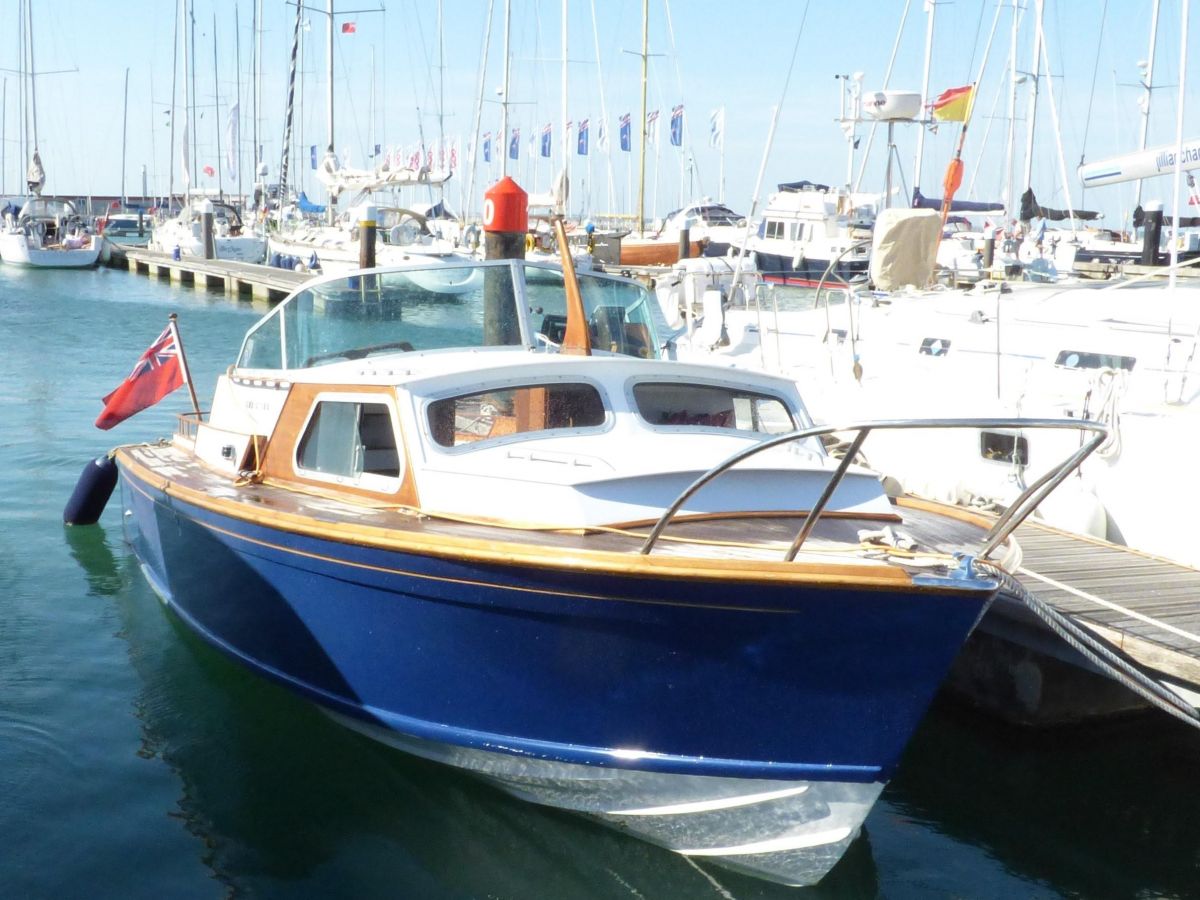 
In the early 1960s Christina powerboats were made by Bruce Campbell, a pioneer in that golden era of production class offshore powerboat racing. The owner of La Garoupe III has sympathetically restored this Christina Mk VI which is powered by twin Ford Sabre180 hp turbo-charged diesel engines driving through Borg-Warner Gearboxes and ENV Vee Drives.   Incorporating lessons learned from other boats (such as an additional forward bulkhead to increase torsional stiffness) La Garoupe III is ready to use and only for sale due to the owner now having more time and wanting to cruise further afield. Much care and attention to detail has been lavished on Christina La Garoupe III over the last 8 years to raise her to the current condition.   She retains the sleek look of a classic powerboat with the ability for overnight stays and, due to discipline, has no 'floating caravan' features that add weight and complexity.   Also, she retains many original fittings that add to her charm. Further evidence of the owner doing the right thing is that the boat is only in the water when it can be used, usually May through to October, and during the other months is housed in a 30' long tent - available by separate negotiation - which provides protection when not in use. There are some clues that indicate that La Garoupe III might have been used in races in the Mediterranean by the first owners, the Lloyd brothers, who stayed in La Garoupe, near Antibes, France.   For example, the boat has the regular small rudders of race-boats and some metal framing within the engine compartment to add stiffness.   Christina La Garoupe III is Part One Registered and has an extensive history file detailing the work done by the current owner - who commissioned David Heritage on the Isle of Wight.   Regularly used, this classic powerboat turns heads wherever she goes.
+44 (0)23 8045 2112
Price
UK £29,500    Finance    Insurance
Boat Reference
6768924
Launch Year
1961
Length
25' - 7.62m
Beam
2.74m
Draft
0.91m
Vessel Location
Cowes E21
Region
United Kingdom
Builder
Bruce Campbell
Hull Material
Timber
Engine
Inboard 3 Blade, Bronze
Engine Make
Sabre
Number Engines
2
Horsepower
360.0 Total HP
Fuel Type
Diesel
Fuel
40 imperial gallon
Berths
1
CONTACT DETAILS
Dealer
Nicolle Associates 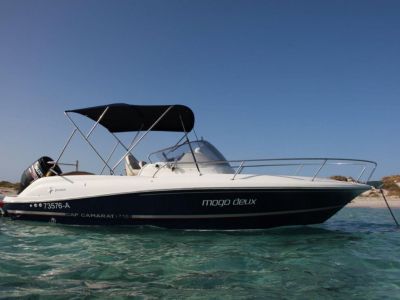 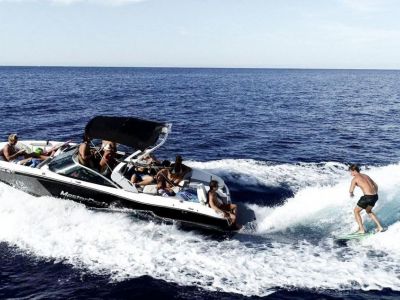 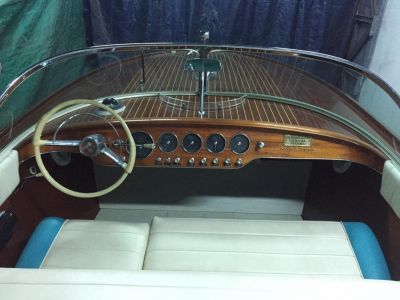 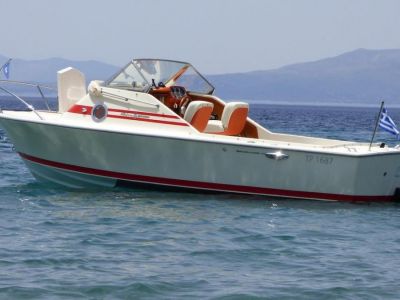