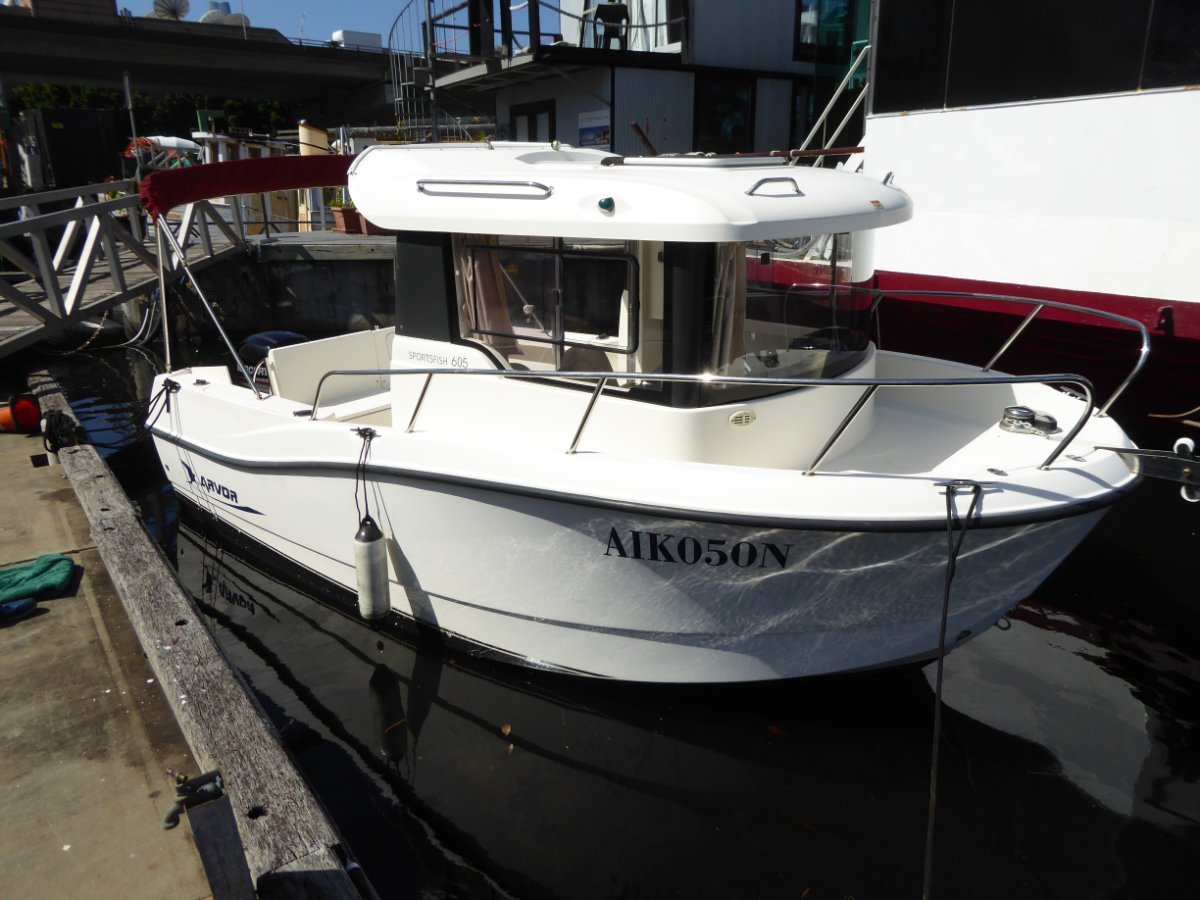 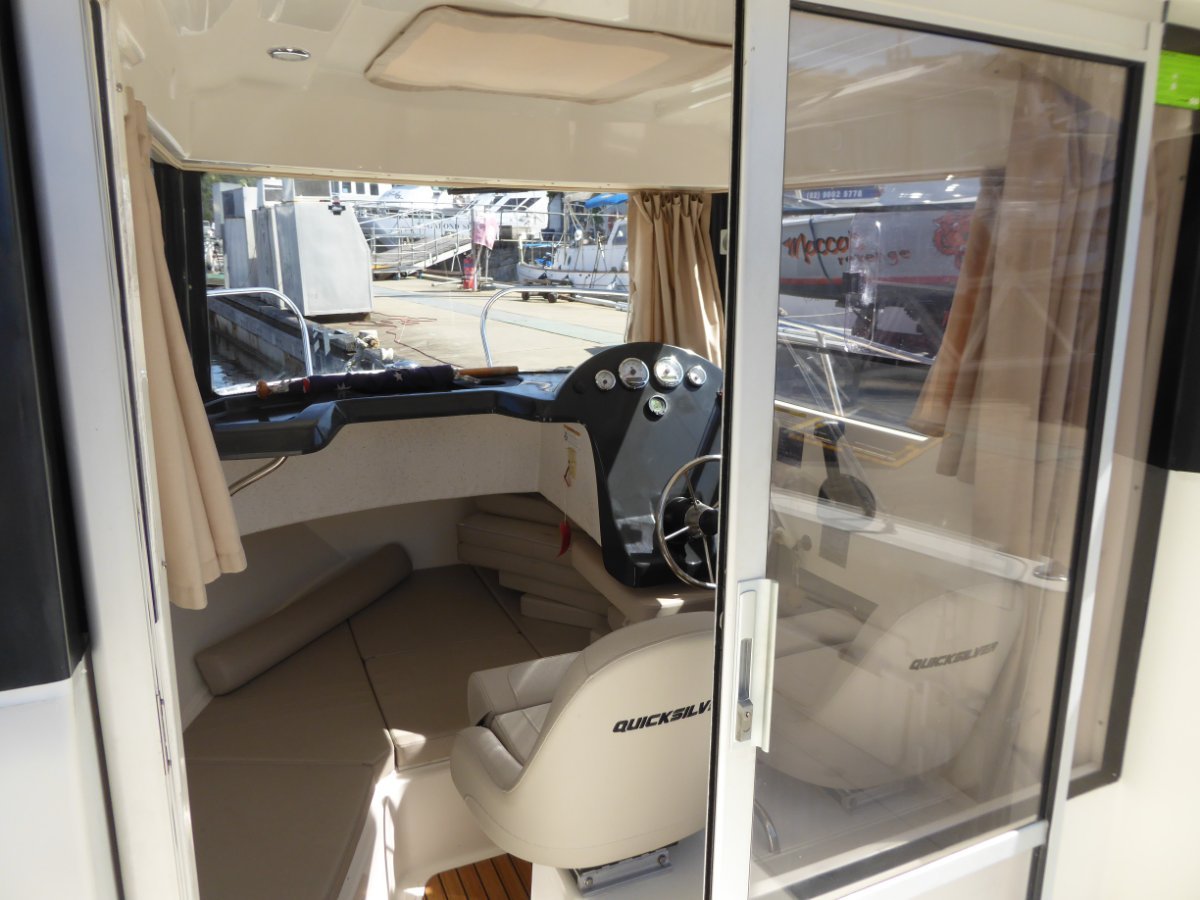 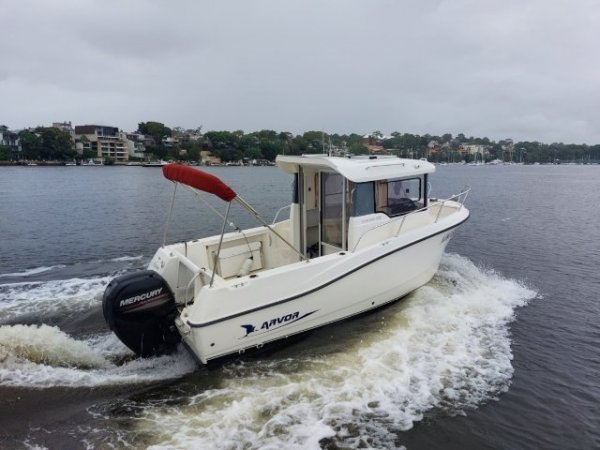 BOAT REVIEW
DESIGN
The 605 Sportsfish is one seriously practical and versatile boat. With its transformable layout, your options are endless from bow to stern. It's fuss-free boating too, with a self-draining deck, two automatic bilge pumps and a dual battery system. When it comes to the cockpit, the deep freeboard means it's safe, yet amazingly functional - one minute it's all set up for family cruising, the next it's a bare-bones fishing machine.
The aft bench seat comes standard with full upholstery, and removing the cushions reveals a makeshift casting platform and the standard issue live bait tank.
There's a transom door on the starboard side that leads to a neat, yet smart swim ladder locker.
On the port side you'll find a great little foldaway bench seat that I really loved. It was strong and sturdy, yet still easy to flip away and hide in a flash.
There are four gunwale-mounted rodholders and storage for more below the coaming on the starboard side. The additional coaming rod storage space could, in my books, be better used, as reels tend to get banged around and damaged the moment you hit a patch of swell. I'd personally prefer a second foldaway bench seat in its place and rocket-launchers mounted on the hardtop. Speaking of fishability, I was excited to find a circular port in the floor that I initially thought housed an optional game chair. I later found out that it was actually for the removable table that comes as standard.
CABIN
Moving into the lockable cabin, the first thing you notice is the ample headroom - there's certainly no ducking or crouching on the 605 Sportsfish. There's a large flat wraparound windscreen that gives you great panoramic visibility at sea - although just one small windshield wiper let the team down, as it only covered a small portion of the tempered glass windscreen. Adding a few passenger grab handles throughout the cabin would definitely improve its functionality too.
But, apart from those two small criticisms, the rest of the cabin layout worked seamlessly. It's nice and airy with two windows on each side and a sliding roof hatch that's great for cruising on summer days or for people who go a little green in a rolling swell.
HANDLING AND RIDE
The Arvor 605 Sportsfish handled choppy inshore and offshore conditions with ease. The hull planed surprisingly quickly without any labouring from the Mercury 150hp four-stroke outboard engine on the back. Having the wheelhouse so far forward also means you don't lose any visibility when jumping onto the plane.
I found it was a bit loud inside the cabin when punching into the chop, but there's really no way around that when a boat has a wide beam and a relatively shallow 15° deadrise. However, it's not necessarily a bad thing - it's merely a trade-off. In return you get awesome stability at rest, a roomy cabin and, most importantly, heaps of extra fishing space.
OUTBOARD ARVOR
The entire Arvor Sportsfish range is outboard powered. The 605 Sportsfish comes with two four-stroke Mercury engine options, 115hp or 150hp. Our test boat featured the big 150hp and it exceeded many of my expectations. I was super surprised to find that the outboard was capable of pushing so much boat to a speed of almost 40kts at WOT. Even more impressive, at cruising speed (4350rpm) you're burning only 28.9lt/h and travelling at 26.7kts, which gives you a total cruise range of 246km - 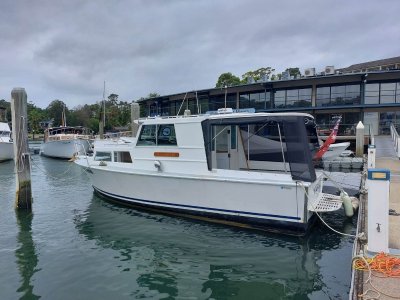 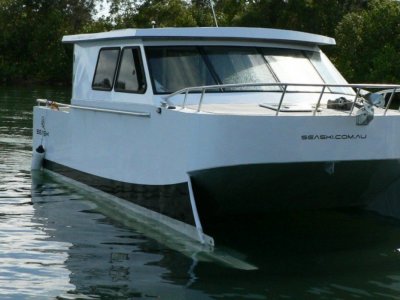 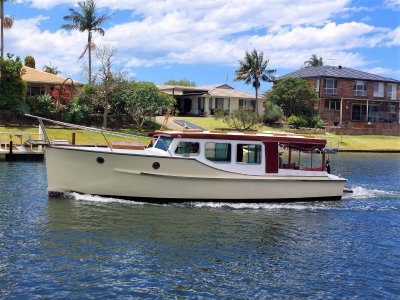 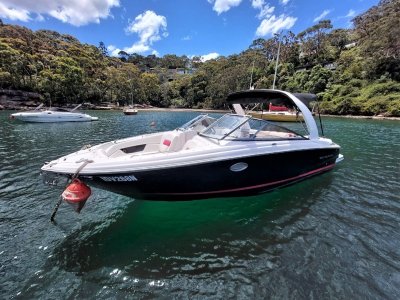