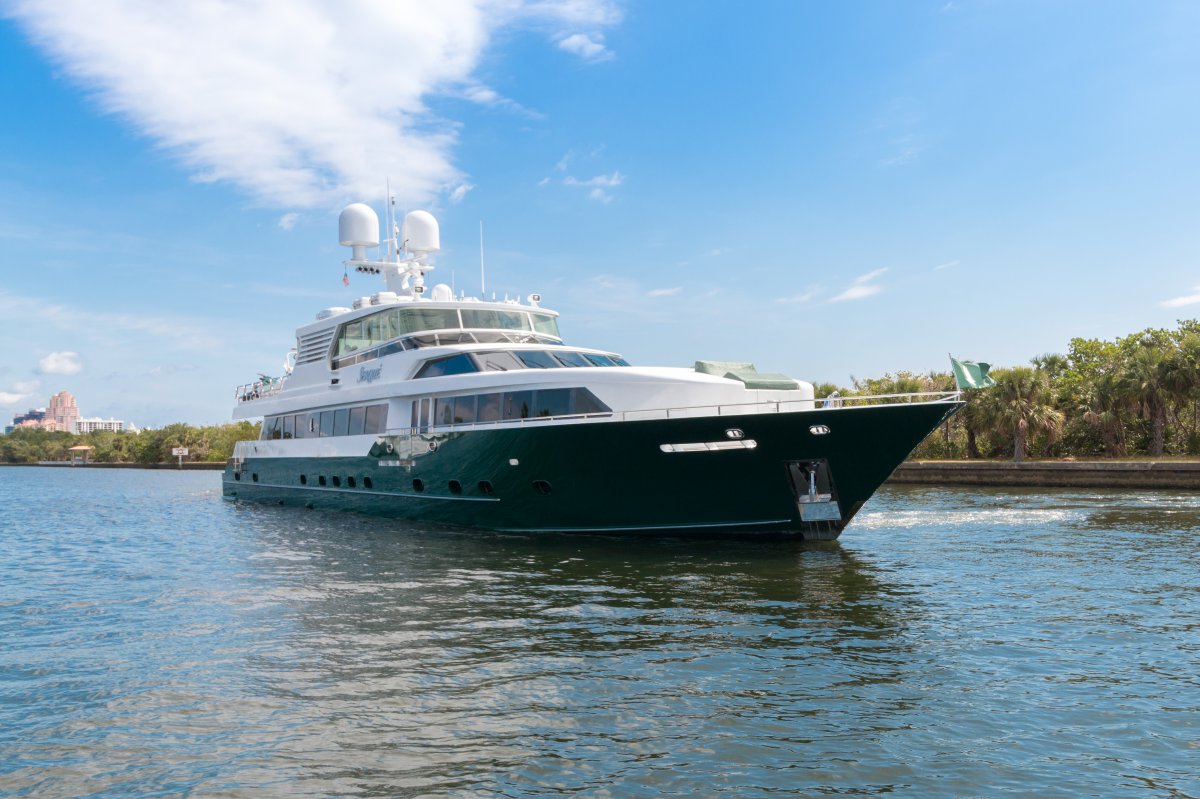 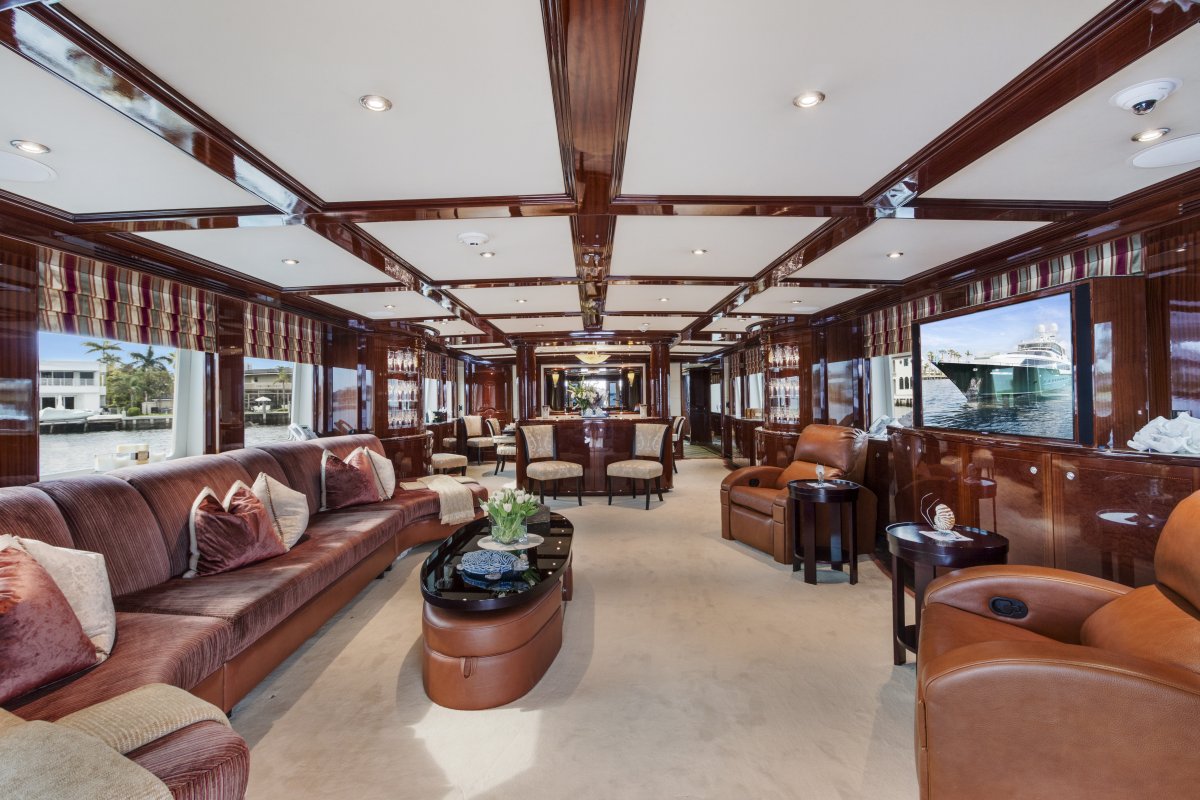 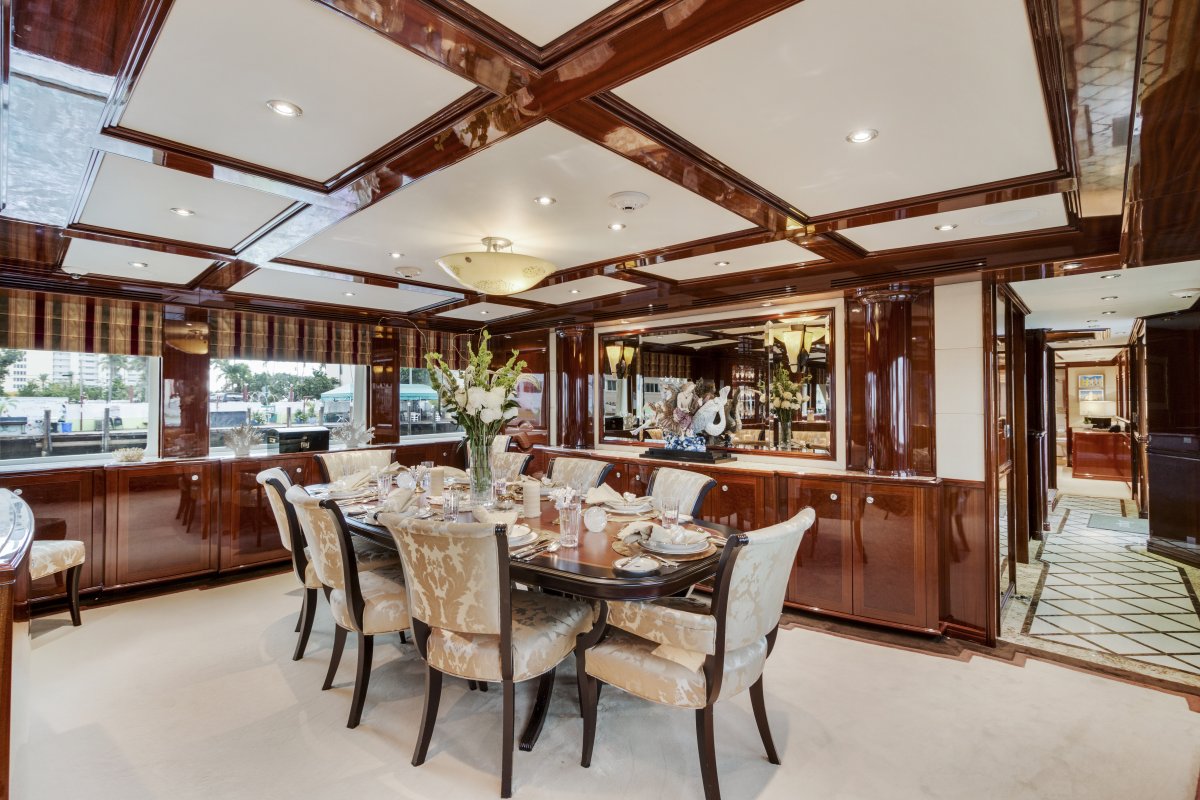 
Serque was born as a Broward Motor Yacht in 1995.  It's current owner tore the entire vessel down to her Scantlings in a new build program that started in 2005.  She was launched in January 2009 as a Splendor Yacht and was issued a 2008 New Build Certificate from the Marshall Islands.    Only 40% of her hull framing remains from when she was originally built as a Broward Yacht.   Her new design was created by Donald Blount, and built under the supervision of Murray & Associates Naval Architects.   Built to an ABS specification, she was re-delivered to her US owner in 2009, with 100% of her machinery, electrical, piping, plumbing, a/v, interior and exterior finishing replaced. The interior by Pavlik Yacht Design was handcrafted by Genesis Yachtline  in Viareggio, Italy. Her C-32 Acert engines  were new in 2009 and were overhauled in January 2019 by Catepillar.   All of the maintenance on Serque's engines has been performed by CAT since her Launch and have fully assignable "CAT Platinum Plus" warranties with no deductible, valid through January  2024. She was also fitted with Naiad  Zero Speed Stabilizers. In February 2019, her main A/C chillers were replaced with new Dometic 7.5 Ton Titanium Coil Chillers. The 3 Dometic Chillers on the Fly Bridge were replaced in 2018 and are under the Dometic Factory Warranty.    There is not one item of maintenance that has been deferred or neglected on this yacht.
She accommodates 12 guests in six cabins including a main-deck master suite, three King Bed Suites, a Suite that has Twin Berths and a Pull Down, along with an additional Suite with a Twin Bed and a Pull Down Bed as well.   All have en-suite full Heads finished with Mosaic Tile and Marble Sink Tops.    The Vessel is equipped with the Kaleidescape  Movie and Music server allowing for on-demand audio and video. Most remarkable is the expansive, indoor/outdoor top deck, which facilitates every activity from formal dining, to lounging at the full bar, to sunbathing adjacent the dual purpose Jacuzzi.
The Yacht has been under the direct care and supervision of Mark D'Angelo, a Licensed Naval Architect for the past 6 years.   The Yacht has been maintained on a Maintenance Plan that has followed best practices as well as all recommended maintenance being performed by Caterpillar on the main engines.   There is no deferred maintenance on this Yacht.   It is in Bristol condition and all records of the Build and Maintenance performed since 2009 when it was launched can be delivered to a new owner.   Mr. D'Angelo is available to continue in his current role as well.
+1 954 763 3971
Price
US $3,750,000 plus Shipping,GST & other fees    Finance    Insurance
Vessel Name
SERQUE
Boat Reference
248271
Launch Year
2008
Length
133' 0" - 40.54m
Beam
7.01m
Draft
2.44m
Displacement
240Gross Tonnage
Vessel Location
Florida - S. E. Florida
Region
United States
Builder
Broward
Hull Material
Aluminium
Engine
2 x Caterpillar C-32 1800 HP
Engine Hours
5030
Fuel
34193.62460874 Litres
CONTACT DETAILS
Dealer
Denison Yacht Sales 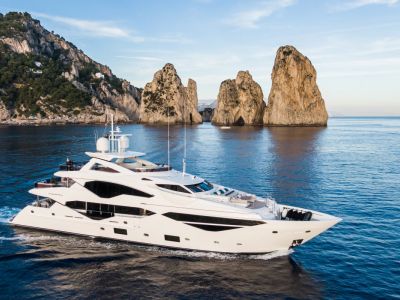 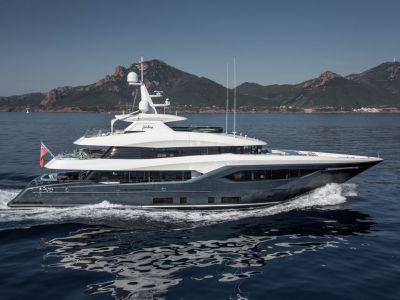 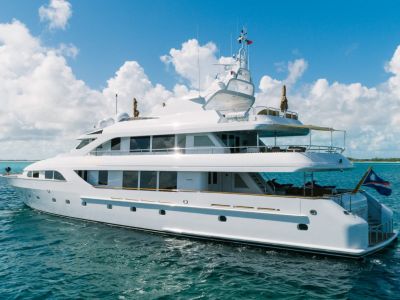 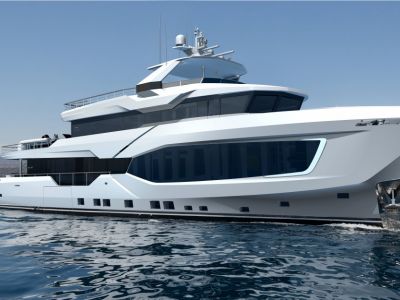