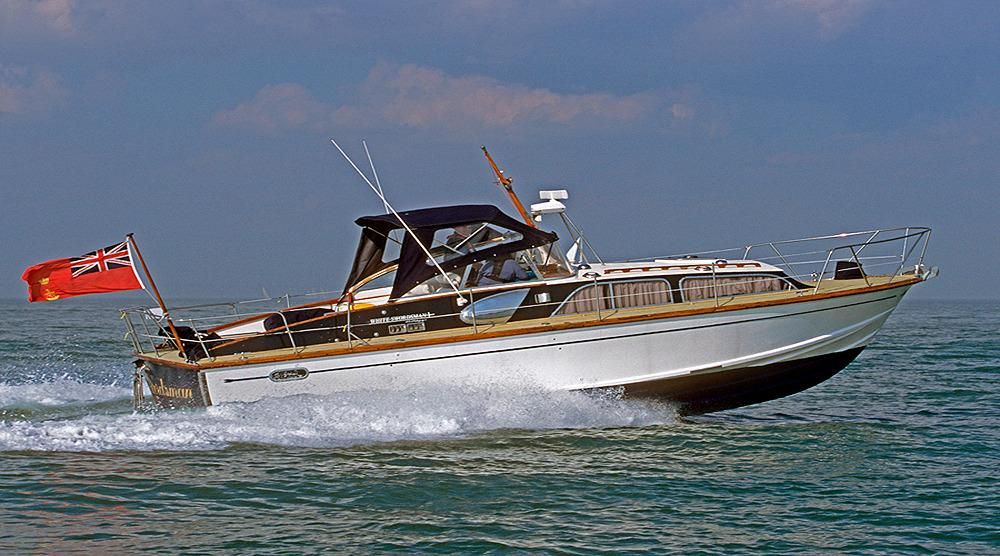 
This Fairey Swordsman 33 Aft Cabin motor yacht benefits from the original Mk I low profile aft cabin coachroof which means that unlike the more modern boats the deck is an extension of the cockpit entertaining area. This unique feature is more akin to an aft cockpit boat however with the benefit of an aft cabin for occasional guests, sleeping six in aft cabin, convertible saloon and V berth forward. 'White Swordsman' was built in 1964 and as Swordsman hull #2 is a truly original and iconic Fairey Marine boat having won numerous concourse awards and being admired by many as one of a kind. Gordon Procter her former owner recalled having bought her in 1969 from Peter Twiss, the former World air-speed record holder, and head of sales at Fairey Marine. Then taking a berth in Yarmouth Harbour - how she soon became known as the most used boat there. She was indeed fully occupied, plying not only the Solent but beyond to the Normandy ports and Channel Islands. It was a good life done in style with much fun, food, good wine and sport, whether water-skiing, paragliding and then - not least; racing. 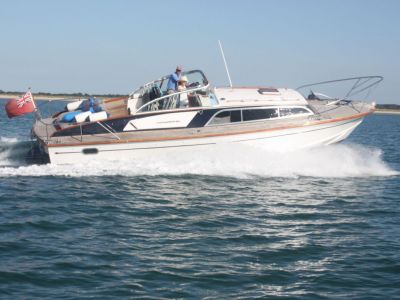 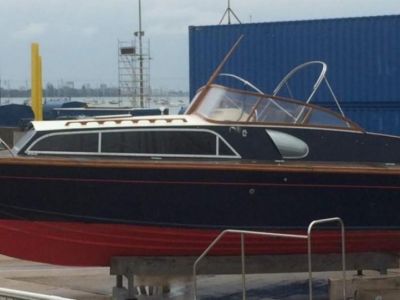 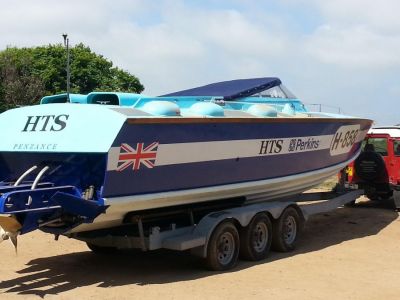 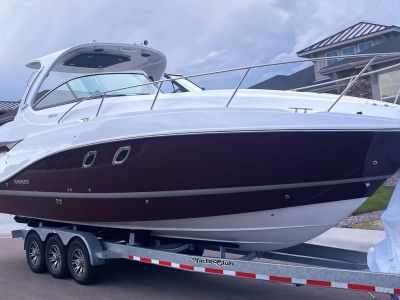