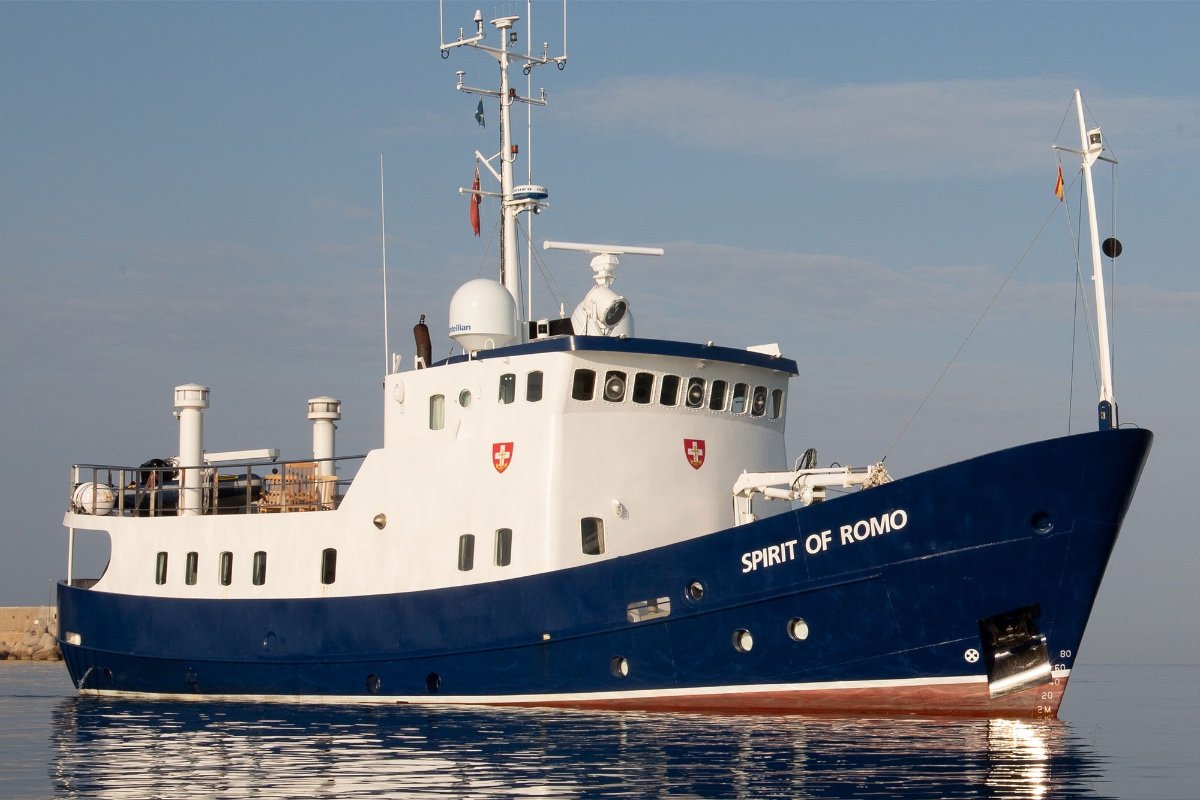 Romo can take you and your fellow voyagers anywhere in the world's oceans in safety and gyro-stabilised comfort.

Global explorers need a ship to match their aspirations, and Spirit of Romo will comprehensively tick more boxes than most vessels of a similar size.

Originally designed and robustly constructed as an Arctic patrol ship for the Royal Danish Navy, Romo has recently undergone an extensive EUR2.5m+ conversion from former naval vessel into a highly competent private motor yacht, and with an MCA "Category 0" class, has the ability and equipment to tackle the most demanding sailing at any latitude.

Note: As you are dealing directly with Romo's owner, don't hesitate to ask for a personal account and photographs of the ship's transformation showing the extent of the craftsmanship involved.

Built in 1973 at the Svendborg Skibsværft yard in Denmark and converted in 2018 by the respected Talsma Marine yard in the Netherlands, Romo's heritage and pedigree is evident throughout, from the quality of construction to the latest instrumentation and equipment, notably including a Veem Gyro stabilizer and, most recently, an eco-friendly Cummins QSK19-M engine installed in autumn 2019.

Clearly, as can be seen from the engineering and impressive specification, no expense was spared at any stage of the conversion process.

Remarkably, Spirit of Romo has seen minimal use since her EUR2.5m+ conversion and the new owner is assured extraordinary value for money with the reduced asking price of just EUR1,950,000 and serious offers being considered.

At just under 26 metres (84ft), Romo promises big ship presence, but in a manageable size and with operational economy. Such versatility may also provide the new owner with various sailing options: either for private voyages only; or achieving a return on investment by providing exclusive cruising charters; or even through exploration and survey work. Romo can be as versatile as you wish.