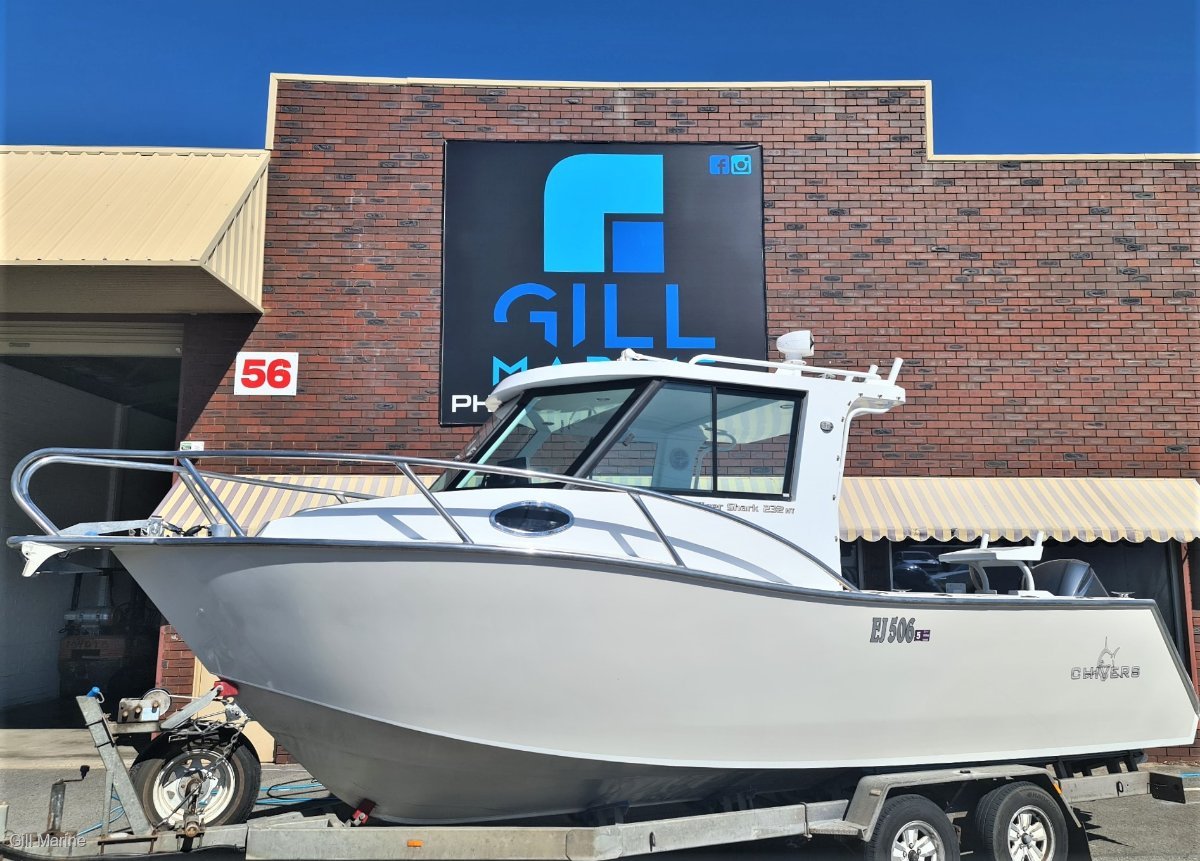 
*** SECOND CHANCES DONT COME ALONG VERY OFTEN DO NOT MISS OUT ***

As the Chivers range of water-ballasted aluminium boats expands, the builder must be searching the reference books for more names of reputedly fierce sharks to name them after. The 232 Tiger Shark hull has been around for a while, but the review boat is the first hardtop version of it, and this comes with a revision of the interior.

The Tiger Shark and its bigger sister feature bottoms almost certainly unique among Australian-built leisure boats: dual deadrise. The section of bottom adjacent to the keel has the extraordinarily sharp deadrise of 28 degrees, which decreases to 22 degrees in the section terminating at the normal chine. An extra chine is inserted where the sections meet.

A set-up like this would normally mean the boat would be standing on tip toes at rest, but the automatic flooding of part of the underfloor volume drops the outer chines below the water. The result was that two heavyish men sitting on the same rail caused only a negligible list. A burst of throttle to the 250hp Yamaha had the boat up and planing almost instantly, and the water ballast was sucked out within a few seconds more.

The Tiger Shark is first and foremost a fishing boat, as are most boats sold in WA. Its hull length of 7.1m, even after deducting the fore cabin, gives abundant space in the cockpit for a bunch of anglers - or divers come to that. They have been given an extra long scuba ladder that makes boarding in the car park easier than usual.


YOU GET THE POINT THIS BEAST HAS ALL THE FRUIT........
Trailer
GREAT CONDITION WELL MAINTAINED DUAL AXLE ELECT BRAKED TRAILER
Trailer Make/Model
CUSTOM
Trailer Registration
YES
Remarks
PLEASE NOTE - offers via email // text prior to physically viewing the boat may not be replied to or considered. Please call us on the numbers provided to discuss genuine offers thanks team at GILL MARINE 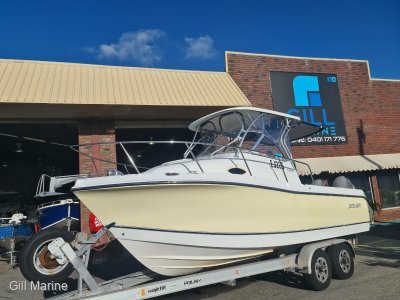 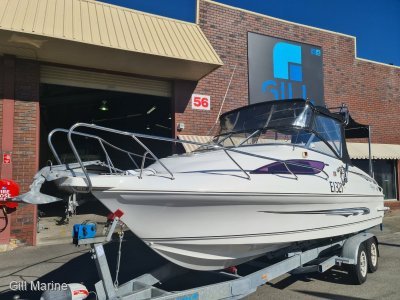 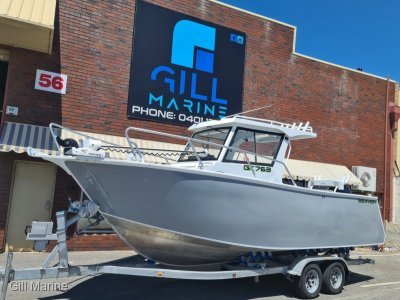 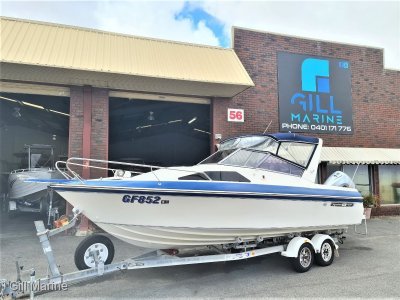