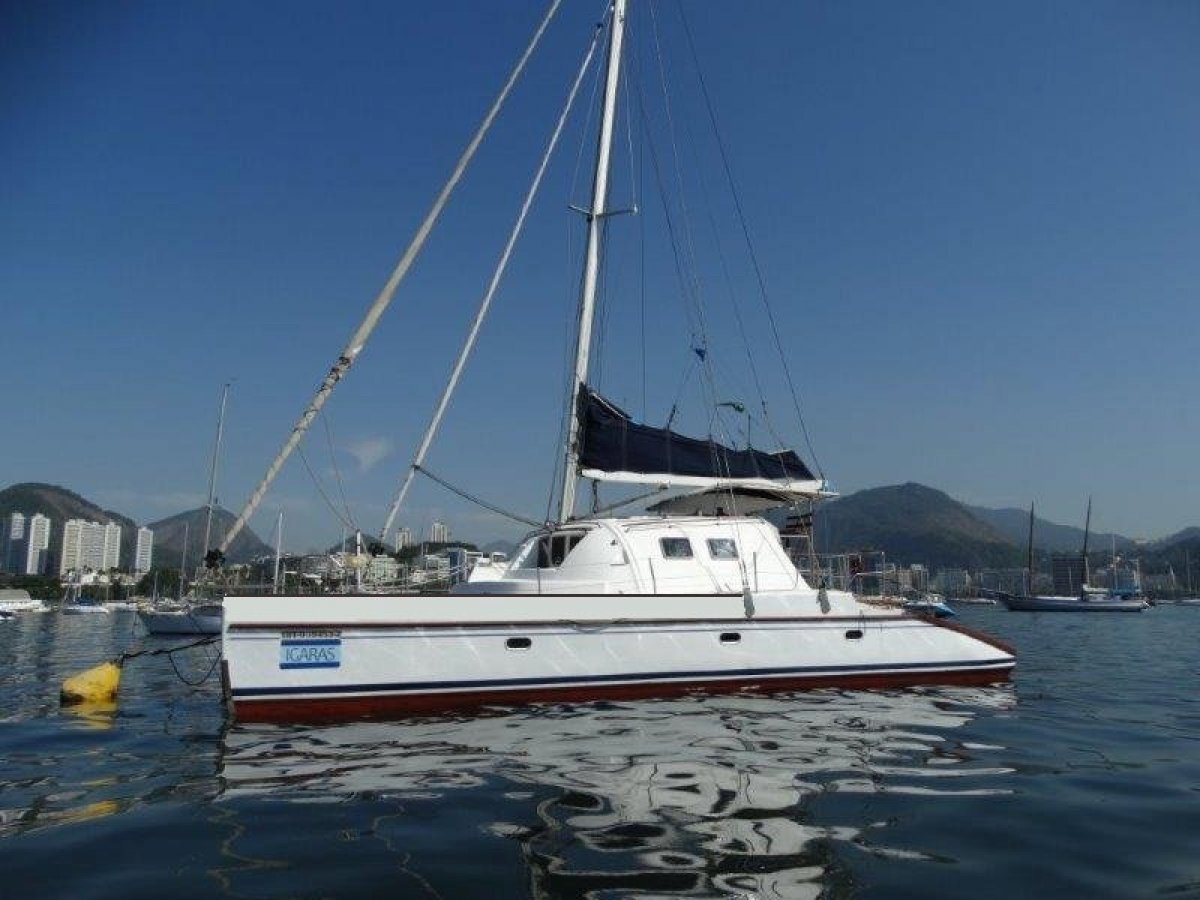 
IGARAS is a 44ft catamaran, built by Z Shipyard in Natal, RN, Northeastern Brazil. She was built in Divinycell and polyester resin, except below the waterline, where she is built in GRP.
She is strong and was built for heavy swells and weather on the East Coast South America but has never travelled further than from Natal to Rio de Janeiro.
Her interior is built with 8 mm naval hardwood plywood, using the Brazilian equivalent to teak, Freijó (Coerdia Goeldiana).
She is fully operational and sail ready and sits afloat on her own mooring buoy at the Rio de Janeiro Yacht Club.
She has four separate cabins, and a saloon with two extra double berths, that double up as seatees. Her internal lighting is either led or 12v cold bulb and some dichroic lights in the saloon. Antifouling Coppercoat in 2015. She has sufficient storage areas and has been meticulously maintained by her Owners.
+5521999558050
Price
US $280,000    Finance    Insurance
Launch Year
2003
Length
44' 7" - 13.59m
Vessel Location
Rio De Janeiro Rio De Janeiro
Region
South America
Hull Material
Fibreglass/GRP Divinycel vaccuum glassed
CONTACT DETAILS
Name
INGE RIBEIRO