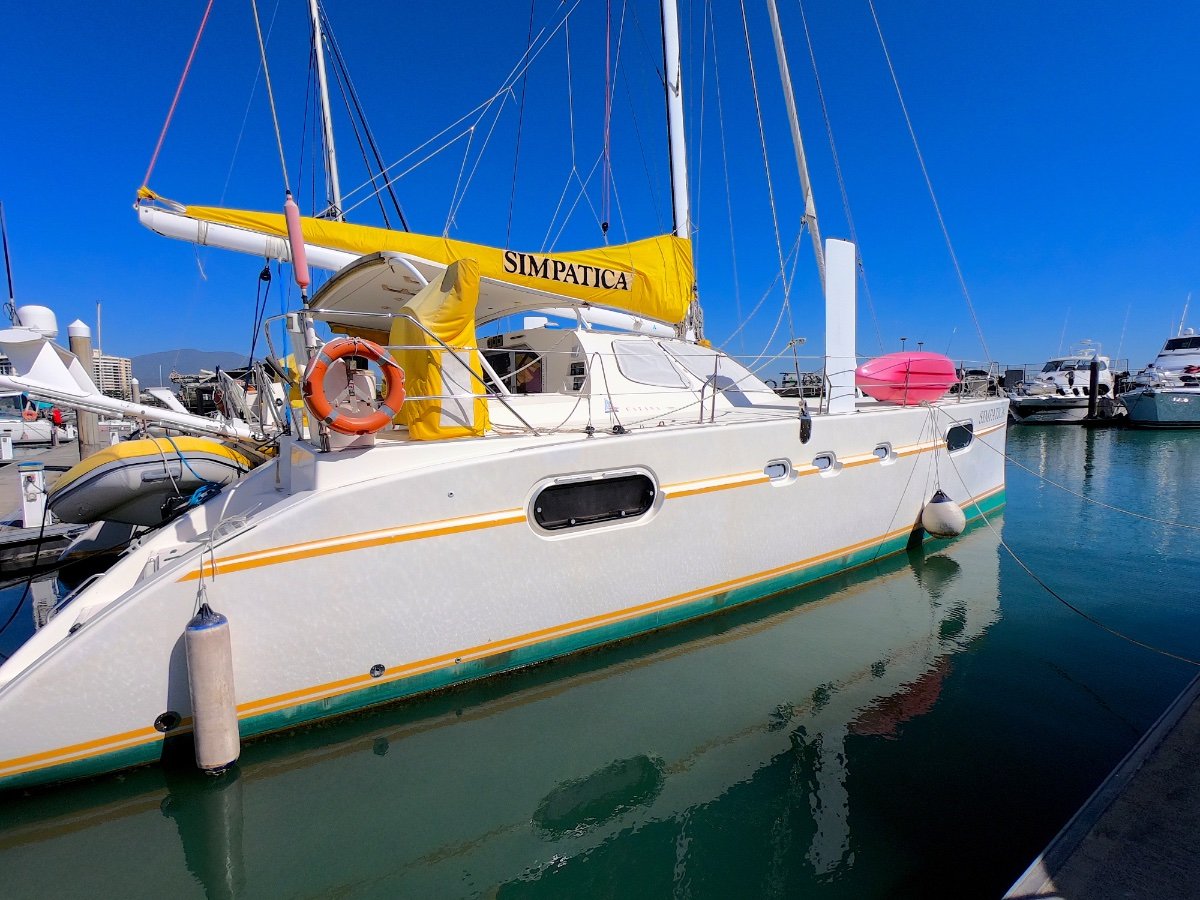 The Catana 471 is one of the most sought after bluewater cruising catamarans available and do not become available to the market to often. Renown for their very high quality build and finish and almost bullet proof construction they are the perfect bluewater cruiser with above average sailing performance from the well designed hulls with dagger boards for performance and twin helms.
Simpatica was launched in 2001 (hull number 42) and is a 3 cabin 2 bathroom arrangement. Repowed in 2011 by 2 55HP yanmars with 2 new saildrives in 2017. All sails were replaced in 2013 with a new main sail cover in 2019. A brand new Northern Lights generator was fitted in 2016. Most electronics have been replaced between 2012 and 2016. Lithium batteries and charger replaced in 2016.
The vessel has many duplicated systems for total reliability.
We would highly recommend for anyone looking for a well equiped vessel for true bluewater cruising in comfort and safety. 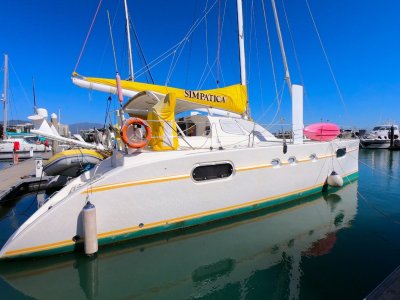 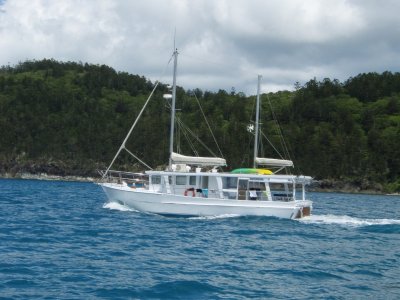 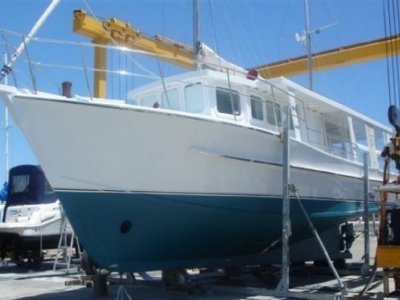 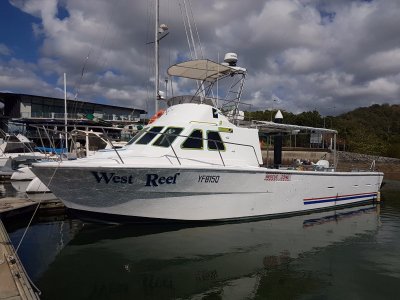