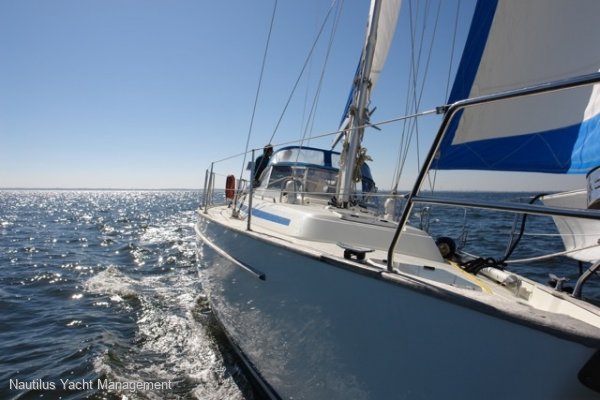 -Set up for single-handed sailing

-Full range of cruising electronics completely updated between 2010 and 2015

-Outstanding keel reinforcement in preparation for 4000 nm non stop ocean crossing. Pulled keel for hull and keel inspection by marine inspector, no cracks or damage of any kind was found, reset with epoxy (2016). Added 3 x 316 SS backing plates inside bilge to strengthen and spread load of keel bolts. (2016)

A little bit of history: Gratitude has had three owners since her launch in 1998. She has always been privately owned and NEVER chartered.

The first owner purchased her new in England in 1998. The following year they sailed with the Atlantic Rally for Cruisers (ARC) from England to the Eastern Caribbean. Then in 2008 sold her to the second owner, a Canadian couple who spent their summers in Canada and winters sailing.

Gratitude spent the winter months sailing around the Caribbean, ABC's, Columbia, Panama and the San Blas Islands and the summer hurricane seasons safely stored in boat yards out of the water "on the hard", until April 2013 when they sailed her to Kemah Texas.

The third owner purchased and renamed Gratitude in Feb 2015 (original name "Stream Spirits"). He then spent the next 12 months upgrading and preparing Gratitude for crossing the Pacific Ocean single handed.

The third and current owner set sail with Gratitude from Kemah Texas in March 2016 sailing for the South Pacific Islands, arriving in Fiji in November 2018.

A testimony to the quality of this blue water sailing yacht is the current owners, non-stop single handed crossing of the Pacific Ocean. Galapagos Islands to American Samoa, 5000nm in 40 days.

The Bavaria 38CC Ocean design is a brilliant use of 38 feet of yacht length. The boat has an enormous AFT owner's suite with a highly desirable centerline queen berth, full galley with lots of counter and cabinet space, comfortable salon, and a large head with separate shower. The guest cabin forward is a large well ventilated double V-birth with ample storage to accommodate guests in comfort and privacy.

Bavaria worked very hard to create an ocean crossing yacht and they really pulled it off here. The boat is stunning, well balanced, sea-kindly, and offers luxurious accommodation that would be the envy of owners of a much larger boat.

Gratitude is a beautifully built and well-equipped long range cruising yacht. Perfectly set up for single or short handed sailing with all lines led aft into the dry, comfortable, center cockpit, as well as having In-Mast roller furling on the main and a Furling Genoa.

Gratitude is a proven world cruising yacht with the rig, hull, gear, tankage, and storage to take a cruising couple anywhere in the world they might want to go. With onboard conveniences such as water maker, large refrigerator, separate freezer, wind generator, solar panels, updated electronics and a diesel 220V Genset you can set sail with confidence.

Your skills and provisions are all that is needed for your cursing adventure to begin.

Special note: In preparation for solo Pacific crossing and to prevent any issue: The keel was removed and inspected by marine surveyor No cracks or damage of any kind was found, reset with epoxy (2016)
Added 3 x 316 SS backing plates inside bilge to strengthen and spread load of keel bolts. (2016). The keel is now much stronger than before.
Remarks
Very strong and capable yacht. Huge refit. Very roomy inside. Good turn of speed. All around a really attractive cruising yacht / live-aboard ready to continue sailing anywhere now. 'Gratitude' should be top on your list of you are looking for a comfortable and safe blue-water cruiser for a moderate budget. Be quick! This one will go fast. Price negotiable.
CONTACT DETAILS
Dealer
Nautilus Yacht Management 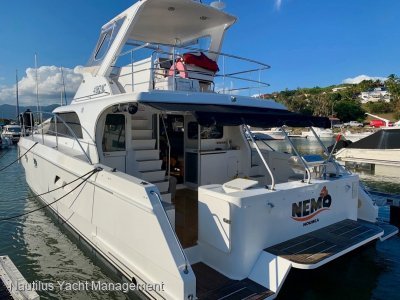 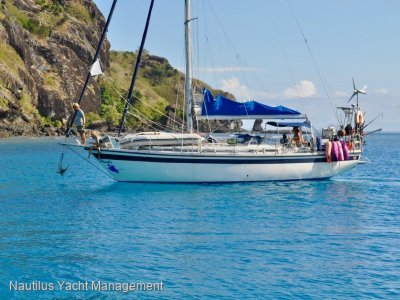 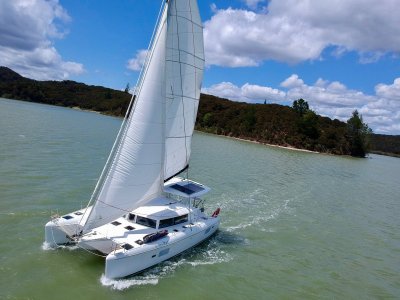 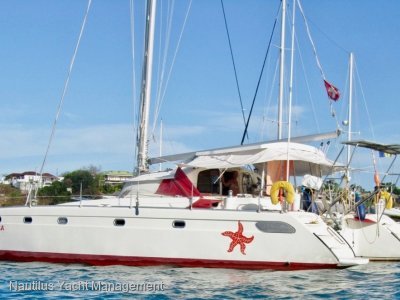