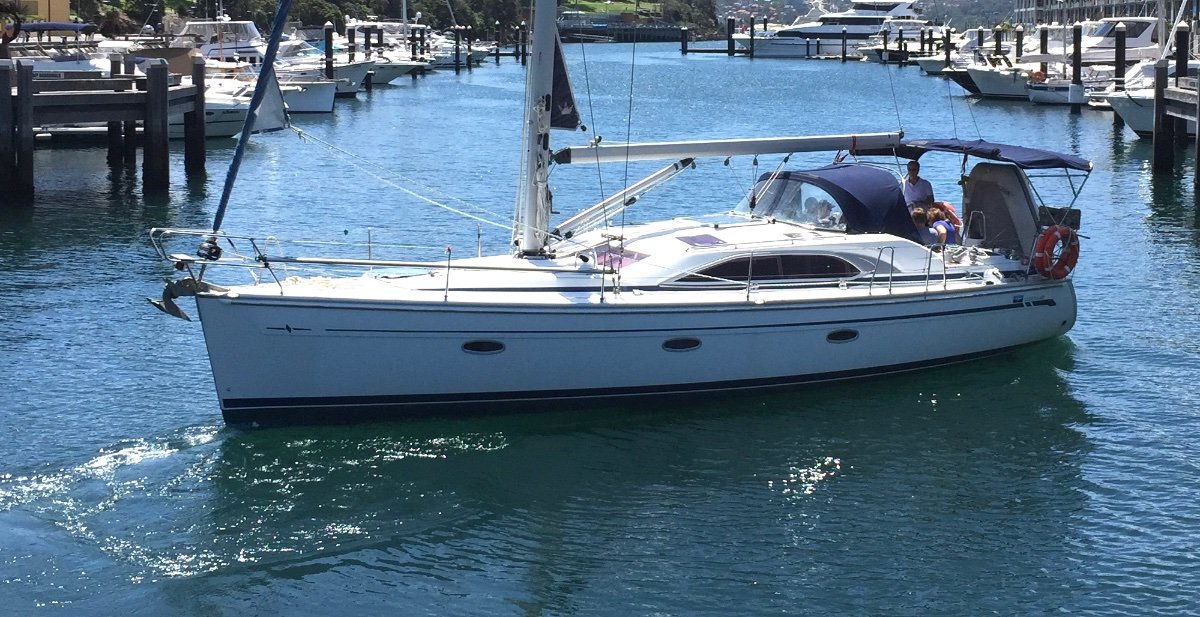 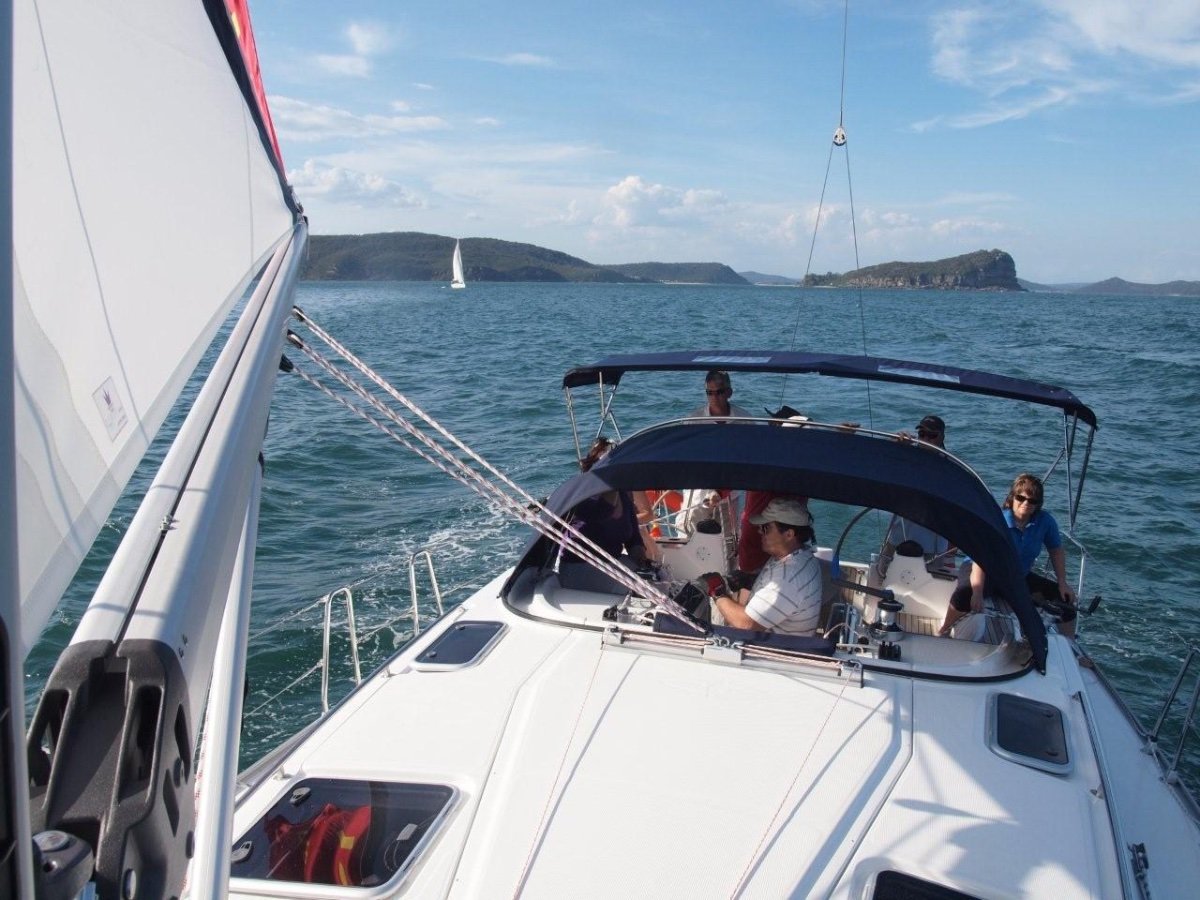 
As the owners of our Baveria we are the sole representatives of this sale. She has been frequently serviced, detailed and cared for while used on a fortnightly basis. Inshore sailing and motoring primarily in the bays of Pittwater and Broken Bay north of Sydney.

We ordered her new in 2010 and she was commissioned in January 2011. The Bavaria 40 Vision is a large volume version of the Bavaria 42 in a deck saloon configuration.
With over two meters of headroom and big deck and side windows the saloon has the space of many 44 foot yachts.
Bright saloon and cabins with airy large hatches with a practical three cabin layout.

Her sailing grounds over the ten years have been Broken Bay/ Pittwater and Sydney Harbour.

She is a great performer in a variety of winds and particularly fast in light winds given her large sail area and significant lead keel.

She is strong like all Bavaria's, well fitted out and surprisingly quick under sail.

The electric swim platform itself is wide and sturdy and sports a fold-away ladder and offers a handy deck shower nearby. Tender access is easy with this sturdy flat electrically adjusted platform.

The helmsman's station behind the twin wheels is comfortable and there are thoughtful moulded foot holds to brace against when the boat is heeling.

In front of the helmsman is the binnacle with raymarine chart plotter, wind and multi function displays. One of the boat's most nifty design features, a swivelling mount for the chartplotter so that the helmsman can turn it to face him regardless of the wheel he's sitting at.

The cockpit is large and features a step-up to the side deck big enough to sit on.

The five Lewmar winches are all two-speed, self-tailing and recently serviced

The rig is a tall two-spreader Selden section, fitted with the Selden's in-mast main furling system and solid boom vangs as well as Furlex furlers.

Back in the cockpit, there are big lockers under each seat for fenders, warps and the like and there's a folding cockpit table with storage under so you could sit four or six in the cockpit for lunch.

Moving down the companionway, the cabin opens up in all its wide and spacious glory. The big windows creating the deck saloon's looks, as well as the two forward-facing windows and the ports, provide lots of light.

The saloon is dominated by the portside U-shaped dinette. There is a curved lounge to starboard which can also be used for extra dining guests as the table folds up to make room for six or eight at dinner.

The galley is another big feature. It's very roomy with both front-opening and top-opening fridges, a double stainless steel sink and two-burner stove with oven.

The aft cabins are also big, with standing room and little seat for changing, hanging and stowage space for clothes and extra storage along the hull sides. An opening hatch and opening port provide light and air to the cabins and there is also a fixed hull port.

The head to starboard provides an electric loo, a shower with seat and two-positions for the rose as well as a vanity unit. An opening hatch provides ventilation.

She is quiet under motor as plenty of attention had been payed to insulating the engine compartment.

She has been serviced annually and had a complete engine service, anti foul, topsides and cabin/ cockpit detail in December 2021.