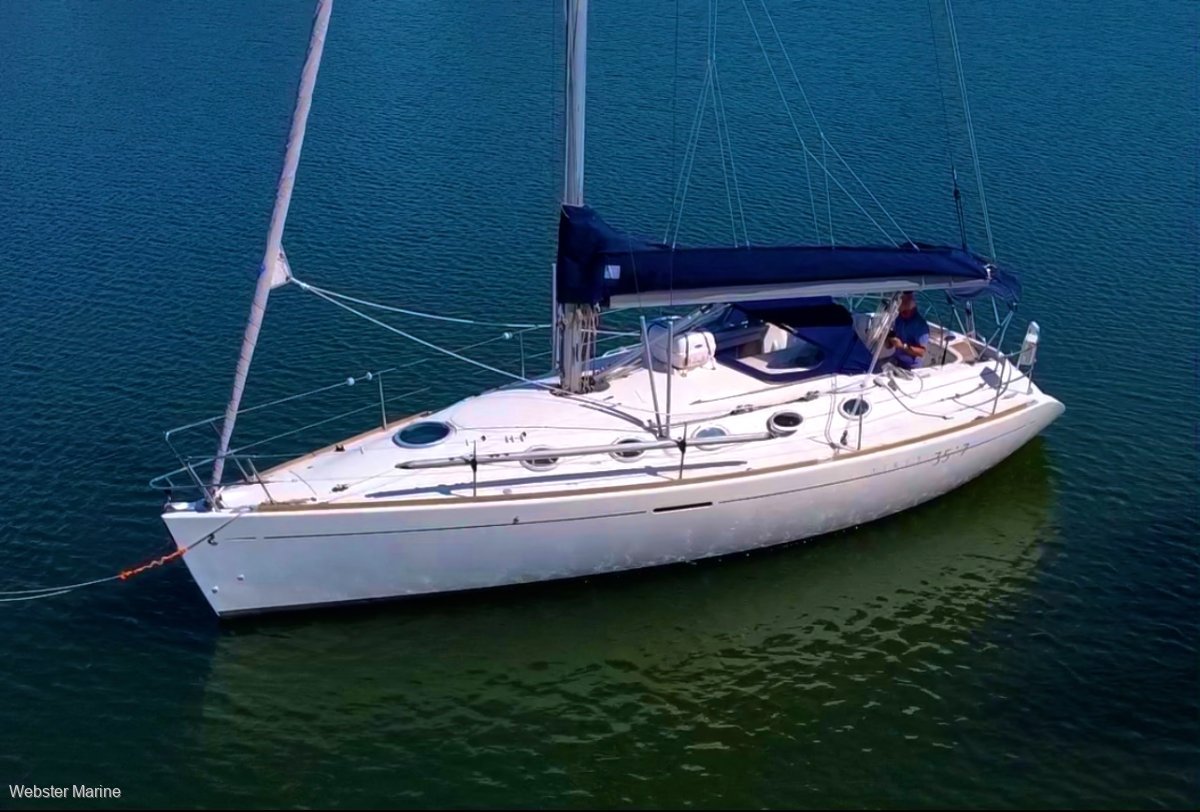 The 'Infinite Horizon' is a Beneteau First 35s7 racer cruiser from the desk of Jean Berret and interior design by Phillipe Starck. Few were made and in reviews it was described as the closet thing to owning an ultramodern chic Parisian apartment. A fractional rig it is both a desirable floating apartment for entertaining friends dockside but it is at its best on the open ocean. It is stable fast and finely balanced in all wind and sea states. It has been updated with wheel helm, electric Lewmar winch, a full Raymarine electronics pack with Axiom 9 chart-plotter, auto helm and AIS. No need to strain the mind or shoulders when setting sail. It is a capable costal cruiser that yearns for longer passages. It has elegant lines with distinctive oval Nemo porthole windows with the even more stylish Phillipe Starck interior. It has a double forward 'V-berth', queen-sized berth in its aft port hip as well as main saloon beds. It has a very stylish head and kitchen with twin sinks, marble counter tops and a twin burner gimballed Eno stove including oven. The 'Infinite Horizon' has been lovingly kept and fully serviced late last year with a rig inspection, full engine service, new hard coat anti-fouling, top side polish and in ready-to-go condition on new adventures. All safety gear is included, EPRIBs, VHF, HF and liferaft. Included also is a supplementary sail wardrobe with a number of different laminated foresails and two colourful symmetrical spinnakers. As well there is an inflatable tender and 2hp Yamaha outboard. A new fold-away bimini has also been installed for sun protection and all sheets and halyards replaced. Once underway whether by sail or engine the auto pilot takes care of navigation, course layout with all waypoints clearly displayed including AIS targets on screen. You can even watch Netflix on the chartplotter. All that is left to do is course correction and let the 'iron helmsman' do it's own thing. Australian and New Zealand charts are included with the annual Navionics update uploaded and current. 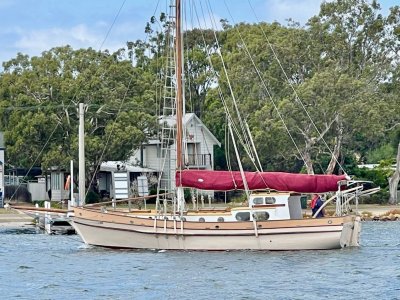 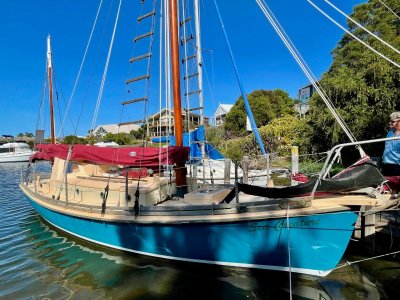 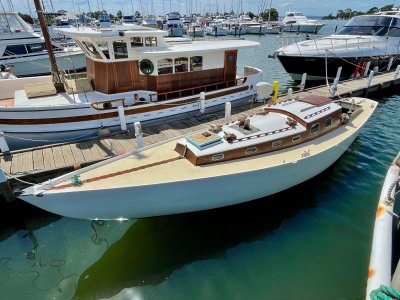 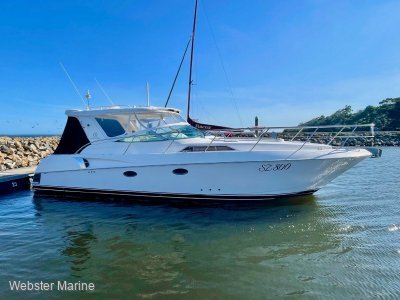