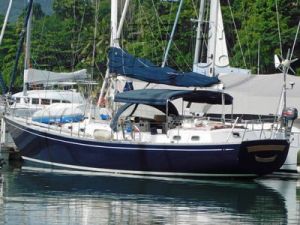 
This From the board of designer Ted Brewer, the 'Cape North 43' is a grp version of the custom, wooden, 'Black Velvet' and a predecessor to the better known, blue water, 'Whitby 43' with which she shares many similarities. The fibreglass versions were built under British management by Cape North yachts in Hong Kong, in the mid to late 70's. The CN 43s are well regarded boats and several did well in prestigious ocean races in the '70s and '80s, including the China Sea Race from HK to Manila. Others proved their worth in severe storms in the Atlantic on their way to Europe from the builders in HK.
This example has been in the same ownership since 2008, but unfortunately due to ill health her owner must reluctantly part with her. He reports she is a strong, sea kindly boat, light on the helm, with a good turn of speed and a deep safe center cockpit. She has just re launched ( August 2019 ) after hauling for bottom paint and anodes.

Note: Offers on the asking price may be considered.

Register with Boatshed to see 71 extra photos of this Cape North 43. 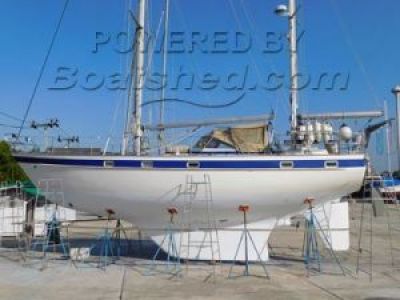 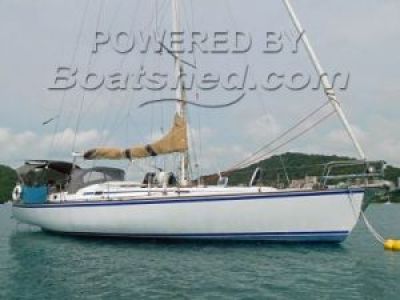 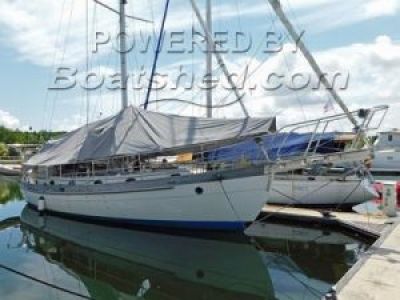 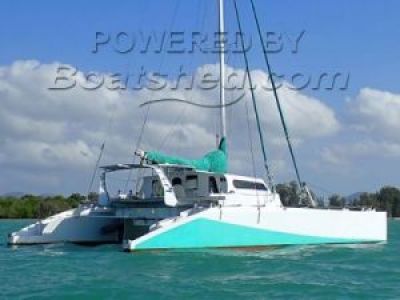