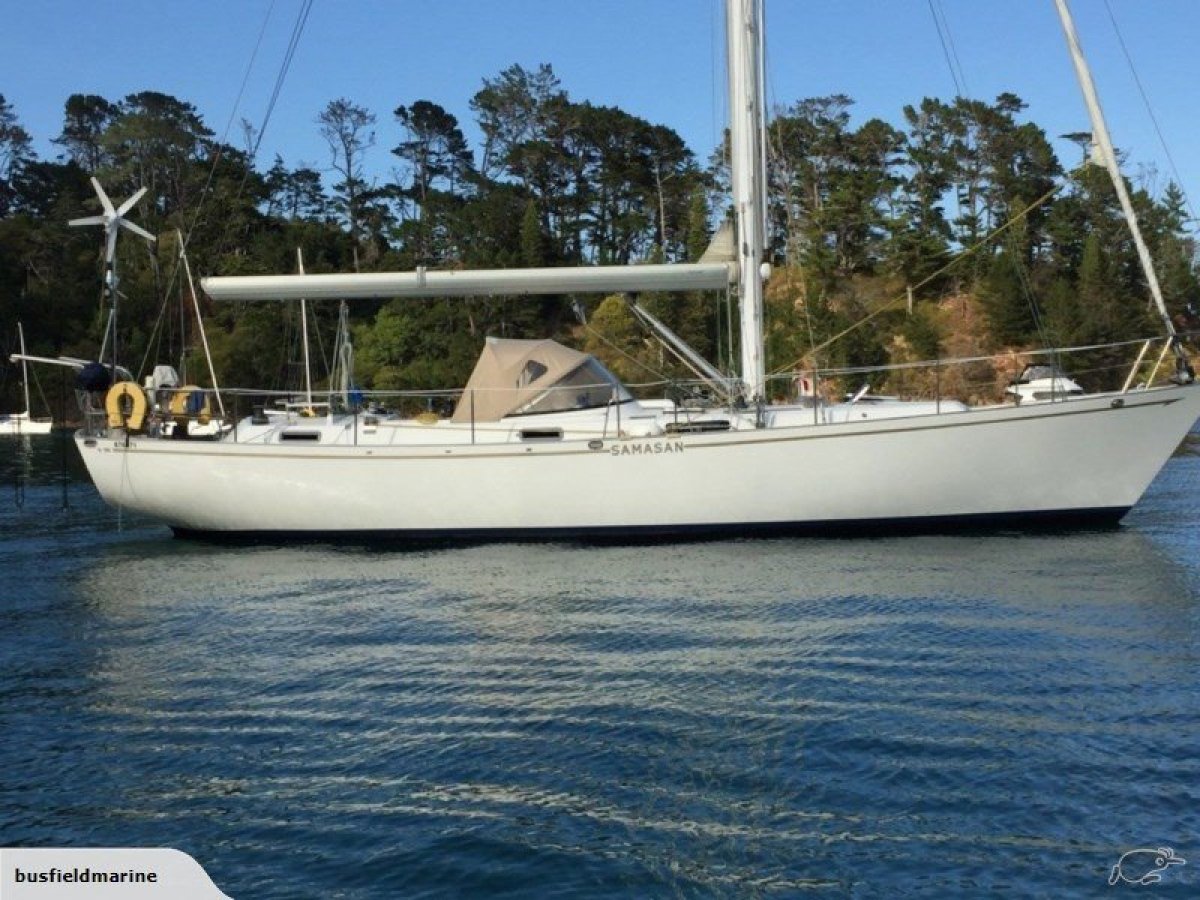 
Owned for 15 years by present owners, Samasan was built by Orams and launched in Whangarei in 1986 to a design by Laurie Davidson. Her building history has been documented including selected kauri logs used to build her and a larger similar yacht. She was later sold to a South Island owner who sailed her out of Picton for many years, and she then passed to a Wellington owner. The present Auckland owners have upgraded all systems and have faithfully maintained and improved this beautiful vessel while pursuing an extensive cruising history including a passage to Stewart Island, South Island east coast, Marlborough Sounds, Nelson and return to Auckland via West coast of North Island. She has cruised extensively in Auckland and Northland waters, and her offshore passages with present owners include Auckland - Tahiti - Tonga - Fiji - New Caledonia - Australian East Coast - Sydney - Tasmania - Sydney - Brisbane - Darwin - Cocos Keeling Island - Sumatra - Phuket - Langkawi. She sailed Aegean waters for 2 years after being shipped to Turkey from Thailand, and was returned to New Zealand by ship in 2015.
She has proven to be a strong, safe and comfortable vessel easily handled by an experienced couple, and capable of daily offshore mileage of 160 - 180 in good conditions.
Wherever she goes, Samasan attracts many compliments for her lines and beauty.

Owners are now moving on to other challenges and will part with Samasan with fond memories and some regret, but it is time for Samasan to gain a new owner.
Dimensions -
Length 14.2m
Beam 4.0m
Draft 2.4m
Designer Laurie Davidson
Builder Orams Marine 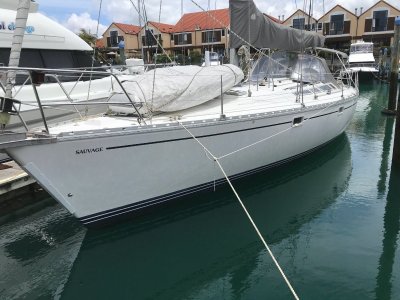 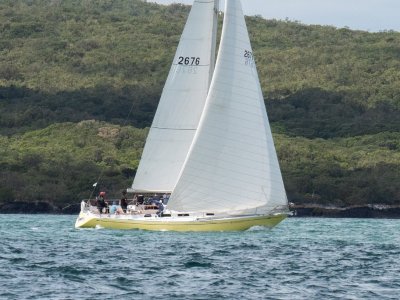 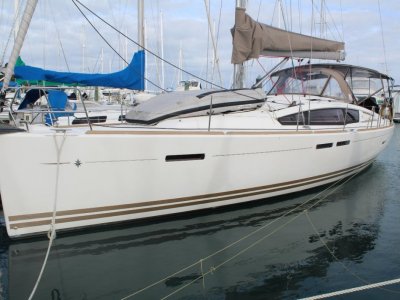 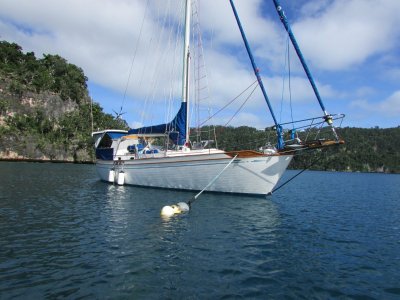