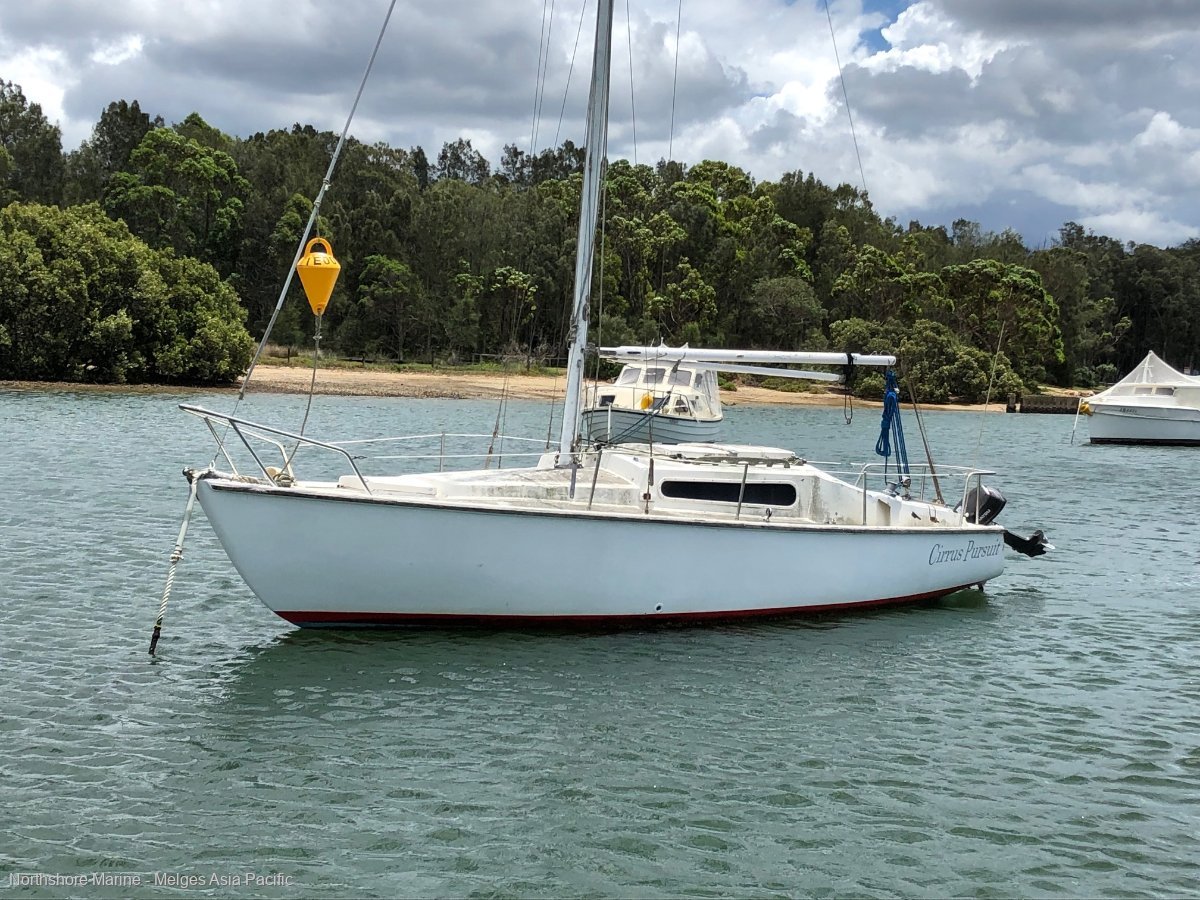 In the 1960s fibreglass construction of yachts was a relatively new and experimental material and was limited to small craft. "Fifine" was the ideal craft to use as a plug to construct a female mould and was purchased by a small scale fibreglass yacht builder in Garden Street, North Narrabeen. ( Ask around among the old blokes in Pittwater I'm sure you find someone who knows the builder. )

[As a side issue I had "Cirrus Pursuit" in a mooring pen at Pittwater Aquatic Club (PAC) at the same time as I rented the Caretaker's Cottage there. One day a driver for Hardware and General drove his truck in to the Club's grounds just to sit and have his lunch. I was down in the marina near "Cirrus Pursuit" when the truck driver came rushing over to me as excited as a schoolboy smiling and almost shouting "That's 'Fifine'! That's 'Fifine'!! That IS 'Fifine'!!!"

I said "You Know her?" and got the whole story of how he used to crew on 'Fifine' (the original Illingworth yacht). As it turned out later on, while still in the same marina berth another couple - sorry all I can remember is their surname of Smith - told me that they had been the original buyers of Cirrus Pursuit and had had it laid up by the Garden Street owner of the mould. They verified everything the truck driver had told me about 'Fifine' and told me how she was chosen by them to be their first brand new yacht from a boat builder. ]

Illingworth believed that offshore racing could be conducted safely in boats which were much smaller, lighter and simpler than was the norm at the time. Shortly after the launch of Myth of Malham, he worked with Laurent Giles to create the RNSA 24 class of yachts. At 32 feet (9.8 m) LOA and 24 feet (7.3 m) LWL, with a displacement of 4.3 long tons (4,400 kg)

Captain John Illingworth was an English naval engineer in the Royal Navy who achieved fame as a yacht racer and yacht designer. While in Sydney he designed and had a small Junior Off-shore Group yacht built in India for his personal use. She was carried as deck cargo from India to Sydney where Captain Illingworth raced "Fifine" as his personally-skippered entry in short off-shore [JOG] races conducted by Royal Sydney Yacht Squadron.

[ JOG racing went out of fashion when "Wykickamoocow" sank off Sydney Heads with a loss of life in an overnight JOGGY race under weather conditions which wouldn't be acceptable for a start nowadays. ]

In Sydney, Illingworth was invited to join other yachtsmen in a cruise to Hobart in Tasmania, which he promptly suggested should be a race. Illingworth skippered his newly acquired yacht Rani to win both on elapsed time and on handicap. [2] The Sydney to Hobart Race has since become one of the great offshore yacht races.

John Illingworth was invited back to Sydney to act as the Naval Architect in charge of preparing "Vim" as the trial-horse for the Kerry Packer's "Dame Pattie" America's Cup Challenge.

Described on his death as "the father of post-war offshore sailing racing", [1] he held most of the senior positions in British yachting and pioneered several innovations in the sport not least of these being as the designer of 'Fifine' aka 'Cirrus Pursuit'. 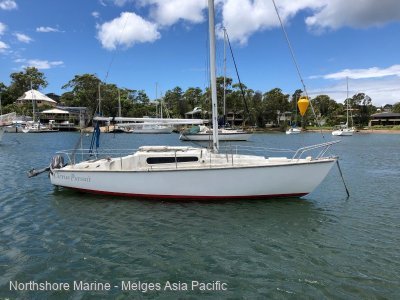 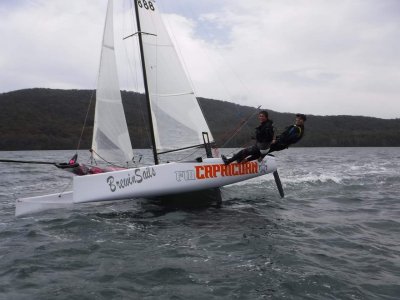 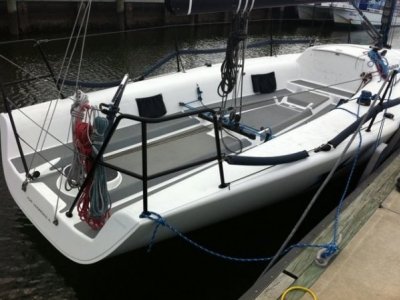 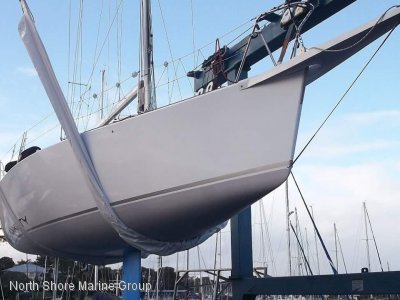