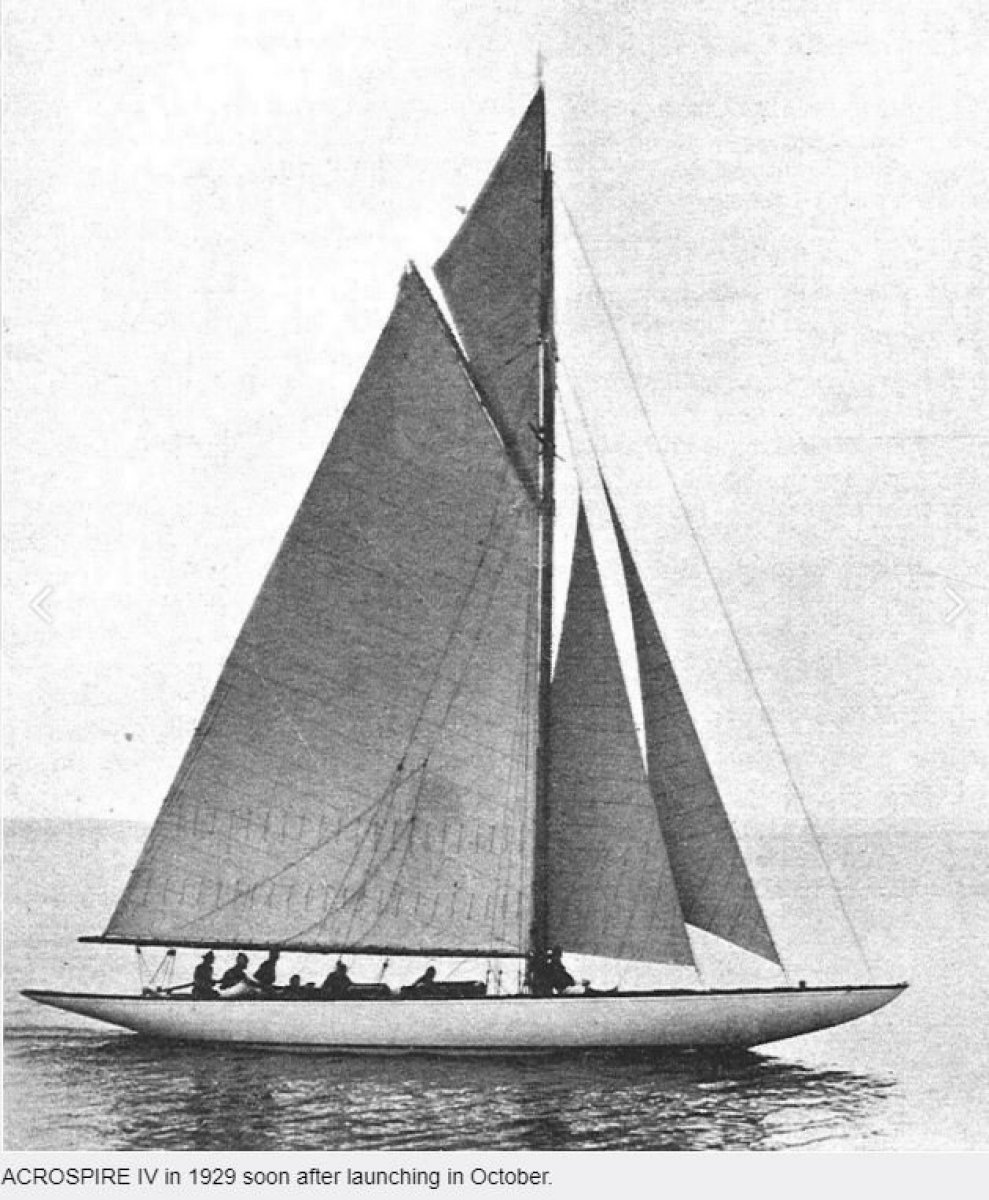 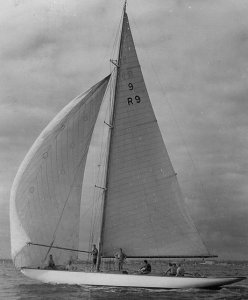 ACROSPIRE IV is an international 9 metre class racing yacht, built in Melbourne Victoria in 1929 for a Victorian challenge for the Sayonara Cup. She was designed by Charlie Peel for Joe White, Commodore of the St Kilda Yacht Club, and built by Peel adjacent to White's malt house in Collingwood.

Acrospire IV has taken her rightful place on the Australian Register of Historic Vessels.

THIS IS AN EXCITING AND VERY RARE OPPORTUNITY, TO BECOME THE CUSTODIAN OF A PIECE OF AUSTRALIAN MARITIME HISTORY!

The history of Joe White and his famous Acrospires.

Joe White's line of Acrospires made a name for themselves in the yachting history of Victoria. They had their origin on Lake Wendouree at Ballarat, when in 1903 Mr White became a keen yachtsman as a result of purchasing Acrospire I. With her he won many cups and shields.
In 1911 he had built by Chas Peel, Acrospire II. At the time she was the largest racing yacht designed for the inland lakes of Victoria and caused a sensation. She won many races and eventually became 'The flag ship' for the Albert Park Yacht Club.

In 1915 Joe White again commissioned Mr Peel, one of Australia's foremost designer builders at the time, to design a fast yacht of 30 feet. Acrospire III ('Ack') was built by Hayes and Son in Sydney and launched in 1924. Amongst its many race wins, she won the championship of the bay and the Association Cup in 1927 and 1928.

Joe became obsessed with the challenge of winning the Sayonara Cup. After several failed attempts with Acrospire III he commissioned Chas Peel to design a larger more powerful yacht capable of bringing the silverware home. In 1928 at Joe Whites Malthouse in Collingwood, Acrospire IV was being secretly built with the express intention of winning the Sayonara Cup. She was the 4th and largest Acrospire that Commodore Joe White had commissioned.

At Victoria's Centenary Regatta in1934 Acrospire IV scooped the pool in the A1 class. At the Royal Hobart Centenary Regatta, she won the 100 mile Bruny Island race in atrocious conditions, and set a race record time that stood until the mid eighties. She also won the Cactus, Sir Earnest Clarke, Sir Thomas Lipton and John Colvin Cups along with the Grand Aggregate Trophy.

In 1960 following the death of Joe White, Acrospire IV was sold to a syndicate from the R. Y. C. V. Acrospire IV was used in training Jock Sturrock's America's Cup team against the slightly larger Gretal, Acrospire showed impressive speed and handling by beating her larger rival on a number of occasions.

She was sold to Western Australia in 1971, where she remains to this day.

Originally Gaffed Rigged for the first year of 1930, she was then fitted with the new configuration mast at the time being a ¾ Bermudan rig. An aluminium Mast head rig was fitted around 1978 and then the current mast configuration was put on in 2010.

The current owner became the custodian of Acrospire in 2007. Over the past decade Acrospire IV has been lovingly restored to her former glory from the keel up. No screw has been left unturned! The extensive restoration is estimated to of cost in the vicinity of $300,000. Some additional creature comforts have been tastefully designed into the interior, and she is now comfortably setup for overnight or even weekends away.

For additional information or to arrange a viewing please call Mark on 0439917781.

Sail Inventory
1x Mylar fully battened mainsails
3x headsails
1x top down furling Asymetrical Spinnaker
Mast / Rigging
Standing rigging 7 years old
Deck Gear
2x Arco 50 ST winches (one electric for main halyard)
2x Arco 66 St winches on stainless pedestals
2x Barlow 32
6x Rutgersun rope clutches
Remarks
Details are offered in good faith but cannot guarantee or warrant the accuracy of this information nor warrant the condition of the vessel. Some photos may be of the same model boats. A buyer should instruct his agents, or his surveyors, to investigate such details as the buyer desires validated. This vessel is offered subject to prior sale, price change, or withdrawal without notice. 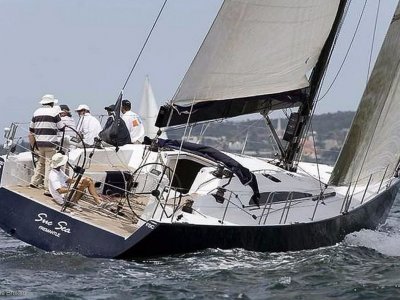 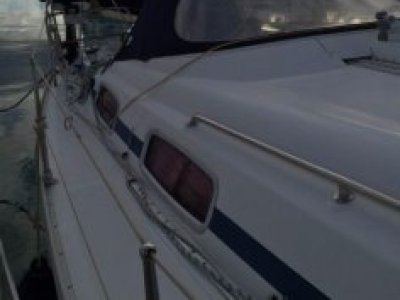 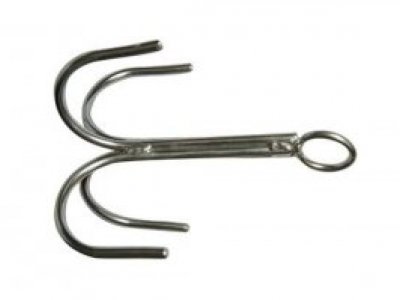 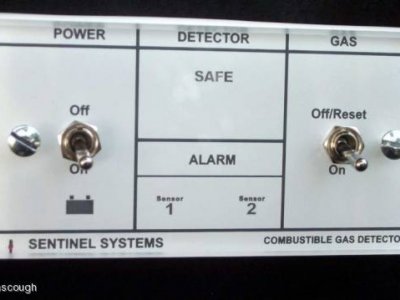