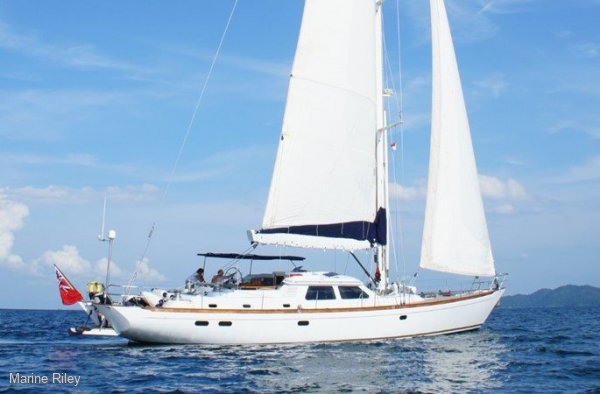 GOLDEN OPUS is an ideal blue water cruiser that can be safely operated by a couple. Created as her designer's personal yacht, Ron Holland drew a head-turning profile, which is instantly recognized as his work. It is evident throughout that GOLDEN OPUS was constructed to very high standards; she was built by Sensation Yachts of New Zealand in 1997 with a hull constructed from high grade 5083 aluminum.

Her current owner, an experienced marine engineer, has taken pride in his ownership of the sailing yacht -- the gleaming engine room, perfectly laid out and of a size that one might expect on a larger yacht, is a testament to this. GOLDEN OPUS has exceptionally maintained systems and a Lugger 165HP engine that was rebuilt by her owner in 2015. She showcases a 20Kva Northern Lights generator that runs perfectly and a 9kva generator that was installed new in 2015.

GOLDEN OPUS showcases exceptional deck space. Her foredeck is a clear flush deck, which allows for the tender is stowed in removable chocks. Aft, she features a lovely bathing platform with steps, which allow for easy boarding and provide safe access to the water. Her center cockpit is the perfect place for relaxing remains dry and safe even in heavy weather conditions. The steering position offers a clear view all around and has controls and foot switches positioned to allow single-handed sailing with ease.

Sailing yacht GOLDEN OPUS showcases exceptionally efficient and trouble-free rigging allowing for the joys of sailing to be effortlessly enjoyed. She boasts a noticeably tall mast (33m) and a fully battened Doyle mainsail that is set on luff cars and features single point reefing. The forestay meets the mast at about nine-tenths of its height and the working headsail fills the foretriangle, sheeting down to an athwartships track just ahead of the mast. A single sheet is led back to the cockpit via a concealed tube, appearing at the starboard coaming. The headsail is completely self-tacking so that when the helmsman wants to tack, he just tacks. A hydraulic outhaul, backstay and boom vang complete the package. The mast and boom were removed and repainted and all standing rigging was replaced by the original mast suppliers who flew from New Zealand to complete the work in November 2015.

The luxury yacht features a comfortable, functional layout that was drawn by Andrew Winch. The sailing yacht's interior showcases beautiful woodwork and a calming ambiance. The sailing yacht's pilothouse is a highlighting allowing for dining with sensational views and protection from the elements. The yacht is equipped with a proper galley. GOLDEN OPUSoffers accommodation for eight guests in four staterooms with three heads. She features two double-bed staterooms and two twin-bed staterooms.

GOLDEN OPUS is a genuinely comfortable ocean cruiser that has cruised both the Pacific and the Caribbean. In addition, she is a fast passage maker with several race wins under her belt and can easily make 10 knots in light winds.

Designer Ron Holland states, "I created Golden Opus to fulfill my design goal of creating the ultimate 'family cruising yacht'. At 73 feet (22 meters) in length and with a modern high aspect ratio self-tacking rig, I felt this was the largest yacht that an experienced yachtsman could handle (with a couple of paid hands involved to allow limited chartering). With my partners, Howard Kilroy and Andrew Winch, and their families we cruised Golden Opus from New Zealand through the Western Pacific to European waters, well-proving my original design concept. Golden Opus and her sister Volare have many successful ocean miles under their keels. " 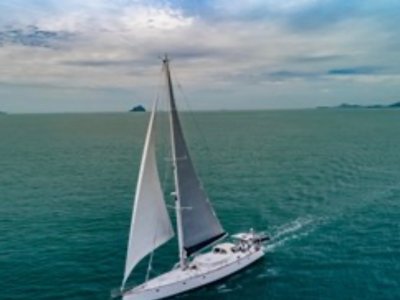 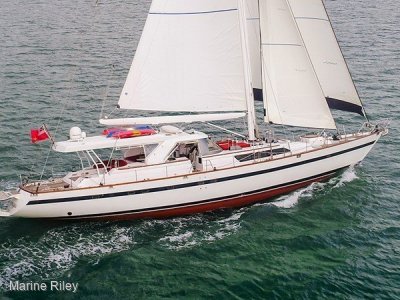 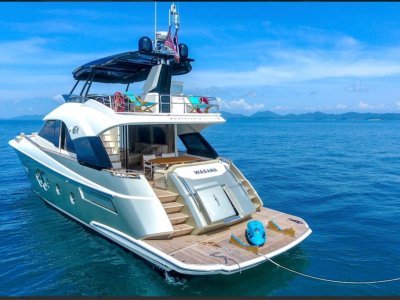 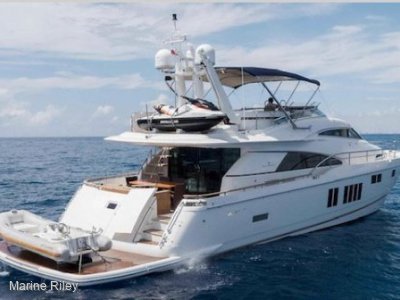