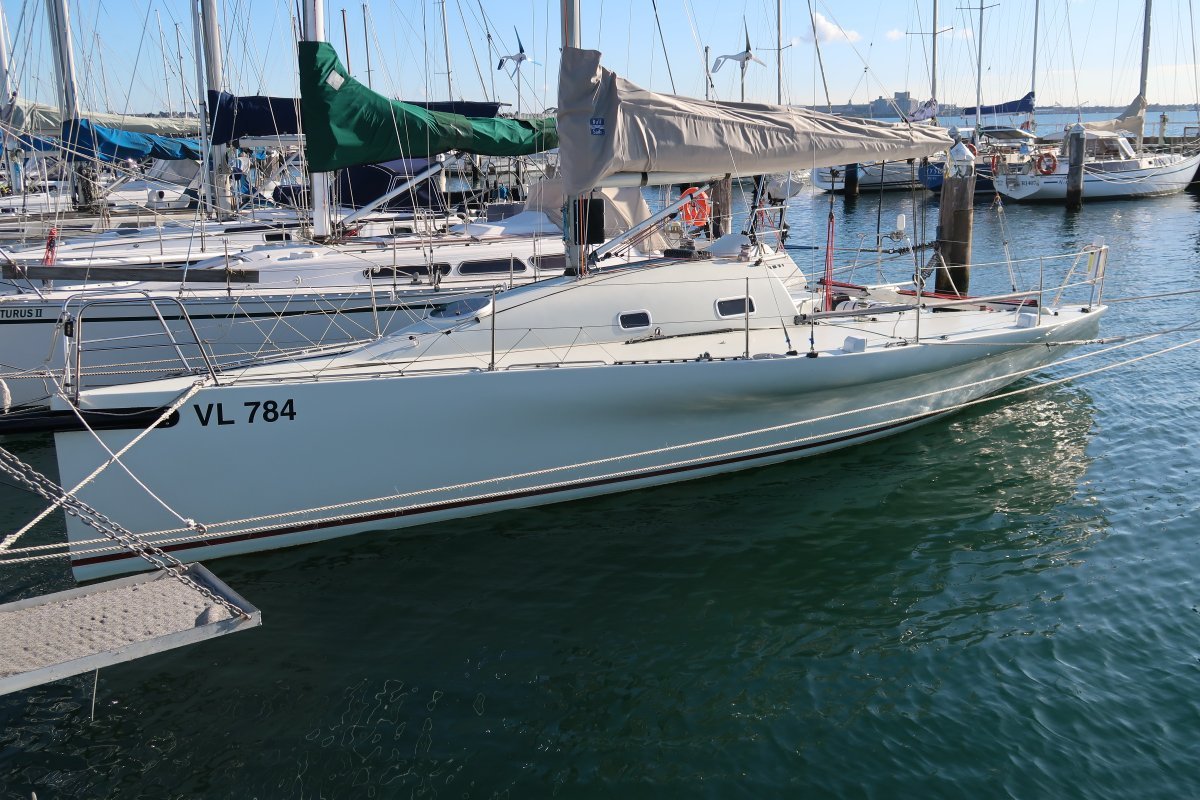 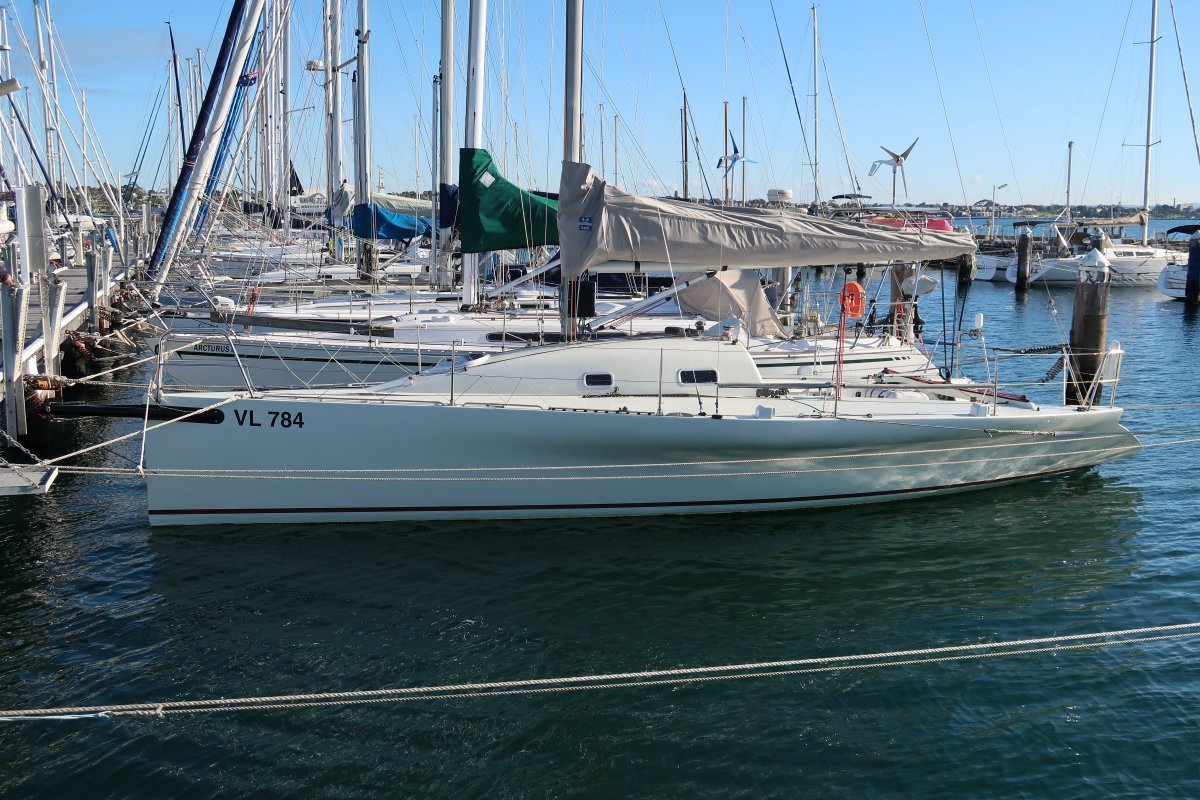 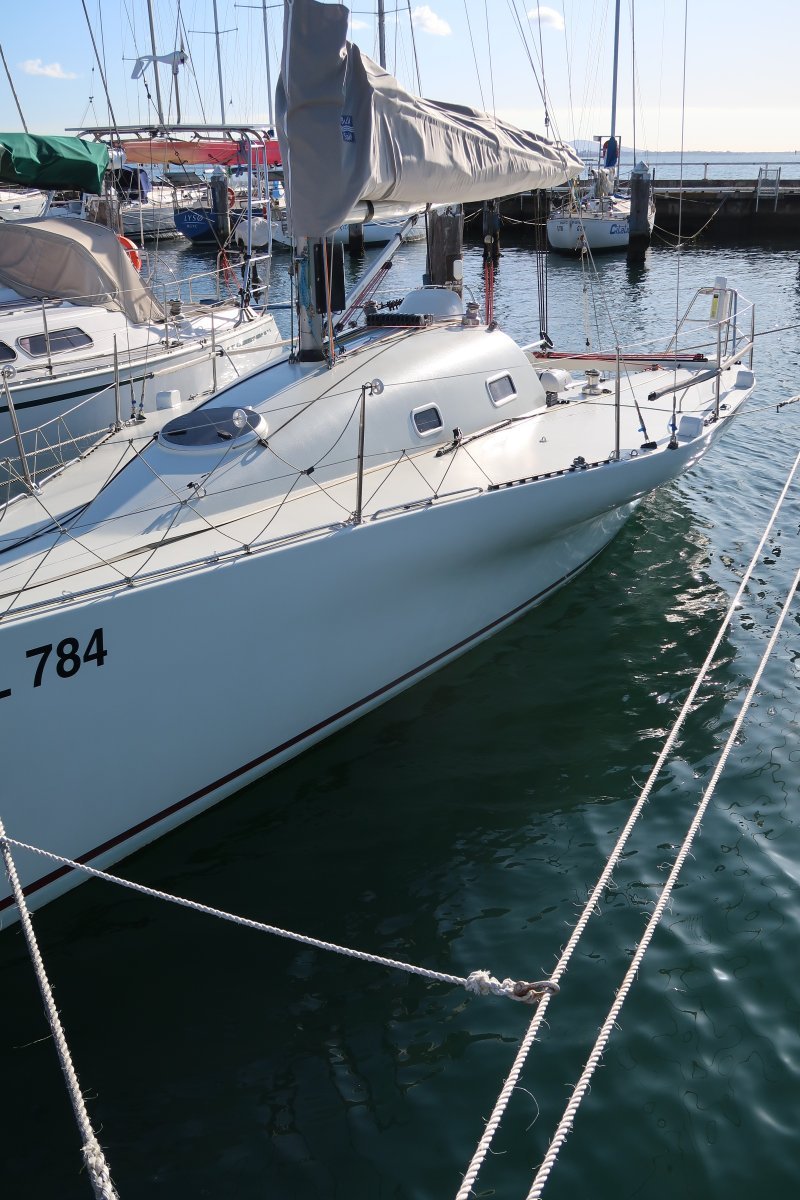 Recently completed CAT 5N Safety Audit. Currently performing well in club racing but owner has now committed to a larger yacht and this one must go. Yacht has had many upgrades.


Weighing only 2.7 Tonne, this supberb yacht thrives in light breeze, and is capable of sustained downwind speeds of 20+ knots. Despite its speed and agility, she remains incredibly easy to manage double handed with only small loads, exceptionally light steering in all conditions, and a well designed cockpit with sail controls easily in reach of the helm position. This yacht has benefited from extensive refits by fastidious owners prior to each major race, and presents in immaculate condition with no stone left unturned. With gleaming topsides, 2018 resprayed hull and deck, and a comprehensive list of near new gear, Team Runaway presents as new!

Inside, the yacht is considerably more comfortable than the average race yacht. With freshly varnished floorboards, newly upholstered bunk cushions, and a tasteful mix of carbon clear coat and white finishes. Despite being designed for shorthanded racing, she can accommodate a full race crew of 8 with a huge double in the forepeak, 4 single berths and 2 NEW pipe cots which can be easily removed when not required. A large enclosed bathroom is to starboard with an excellent sea going galley to port featuring a custom made gimble for the Jetboil, perfect for fast freeze dried meals and coffees while racing.

On Deck, all equipment has been replaced in the last few years including NEW 2021 Boom Bag, NEW 2021 Lazy Jacks, NEW 2019 Harken Traveller, blocks and cam cleats, NEW 2018 Spinlock cabin top clutches, and freshly serviced winches. The cockpit layout is ergonomical both shorthanded and fully crewed, and also provides an attractive platform for entertaining. The sail inventory is excellent with many NEW sails in 2018 and 2015. The standing rigging was replaced in 2019. A big feature of this yacht is the New 2019 B&G H5000 System with the upgraded Hercules CPU, motion sensor, 2 x Zues3 Chartplotters, cockpit and mast displays. A complete H5000 Autopilot systen is supplied with the yacht.

Newly installed in 2019, Team Runaway is powered by a 18HP Lombardini engine. It features delux instrumentation, NEW 2019 fuel tank with gauge and upgraded fuel filtering system. The hull was also taken back to bare carbon in 2019, fully refaired and antifoul sprayed for a true Grand Prix finish. She can cruises easily at 6 knots.

Exterior:
- 2019 Hull below the water was taken back to carbon, refaired, primed and sprayed with Vivid Racing Antifoul and now has a true Grand Prix Racing finish.
The keel was also taken back to bare steel, epoxy coated and refaired
- 2017 Decks were fully resprayed with Awlgrip Paint
- 2008 Topsides were resprayed, still present as new and have had a full polish in 2020
- 2008 NEW upgraded keel and rudder 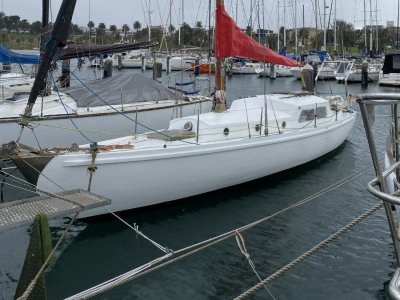 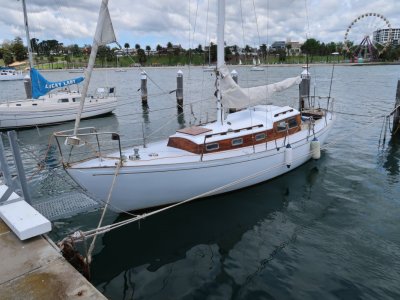 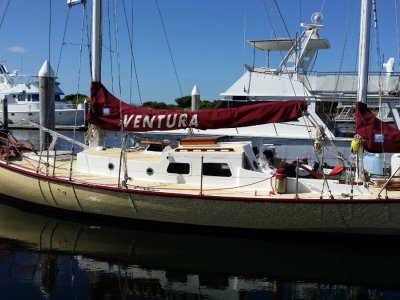 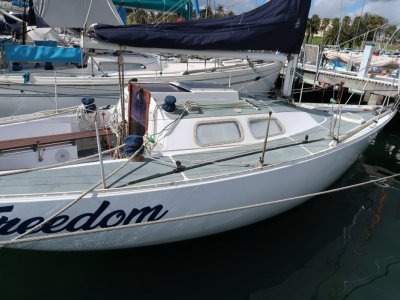