Sayer SO 40 Boats For Sale 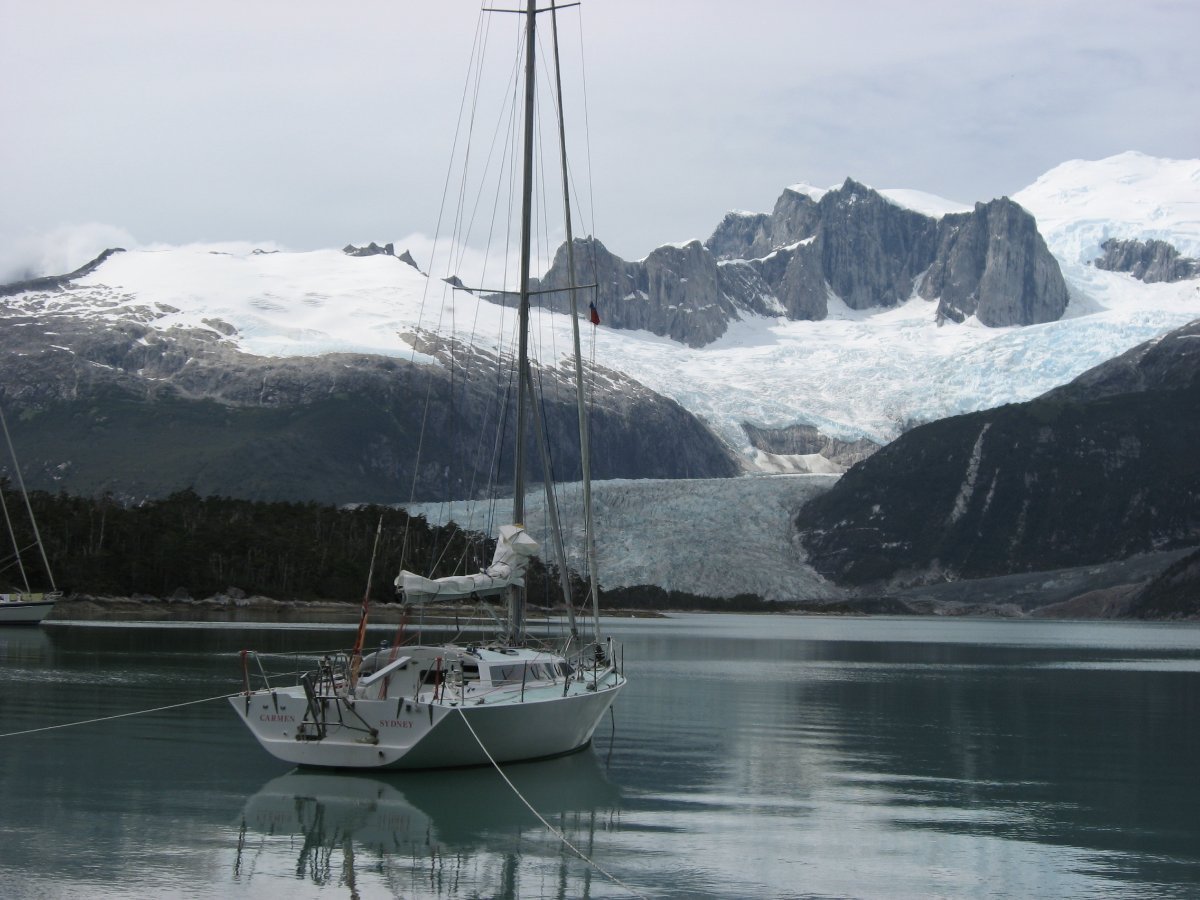 
After former BOC round the world racer Mike Wignall lost his first Sayer designed yacht off Cape Horn due to a broken rudder blade, he approached Jon Sayer to design another boat to his exact requirements. Wignall and Sayer built the boat together, the result is the Sayer SO 40 ( Southern Ocean 40 ), a fast, light and extremely strong expedition and cruising yacht reinforced with Kevlar and carbon with a super strong all carbon rudder which Wignall named "Carmen".
This was the last boat that Jon Sayer built before he went into semi retirement and he described it as possibly his finest work. The construction process is detailed on Sayer's website, (sayerdesign ).
This boat has sailed to Cape Horn, through the Chilean channels and extensively cruised the Pacific including 3 crossings between Sydney and New Zealand and a trip to the southern Auckland Island group lying 465 Kms south of the south island of New Zealand at 50 degrees latitude in a 3 year continuous voyage, the details of which are shown in one of the photos. Wignall sold Carmen in 2018 at the age of 77 and retired to a farm in the hills surrounding Canberra.
Since then, the second owner has cruised the islands and coast of Southern Australia before sailing the boat to its current home in Fremantle.
Carmen is designed to be simple and strong with basic easily maintained electrical and mechanical systems. There are no linings, so all structure, plumbing and electrical wiring conduits are easily accessible. She was surveyed 3 months ago for insurance requirements and the surveyor could not find as much as a single hairline crack anywhere in the hull - a testament to the quality and construction methods used.
With a ballast ratio of 45% the SO 40 stands up to her sail well and a sail to displacement ratio of 24 ( in cruising trim ) ensures excellent light air performance which according to Wignall is very important as a high percentage of the winds encountered on the world cruising routes are below 15 knts. Wignall was also adamant that appendages so common on cruising boats of today such as wind generators, davits, solar and radar arches, are dangerous in strong winds and heavy seas and extremely deleterious to windward sailing performance resulting in inability to point high enough to claw off a lee shore or into oncoming waves and can end up with the yacht lying dangerously beam on to oncoming waves. The naval architect Eric Bretscher describes the different effects that design and displacement has on yachts in heavy seas and the effect of appendages in a series of articles in his excellent website: ( nordkyndesign ). The SO 40 exhibits similar design and performance characteristics to his Nordkyn yacht design and presents an interesting comparison to the technical minded sailor.