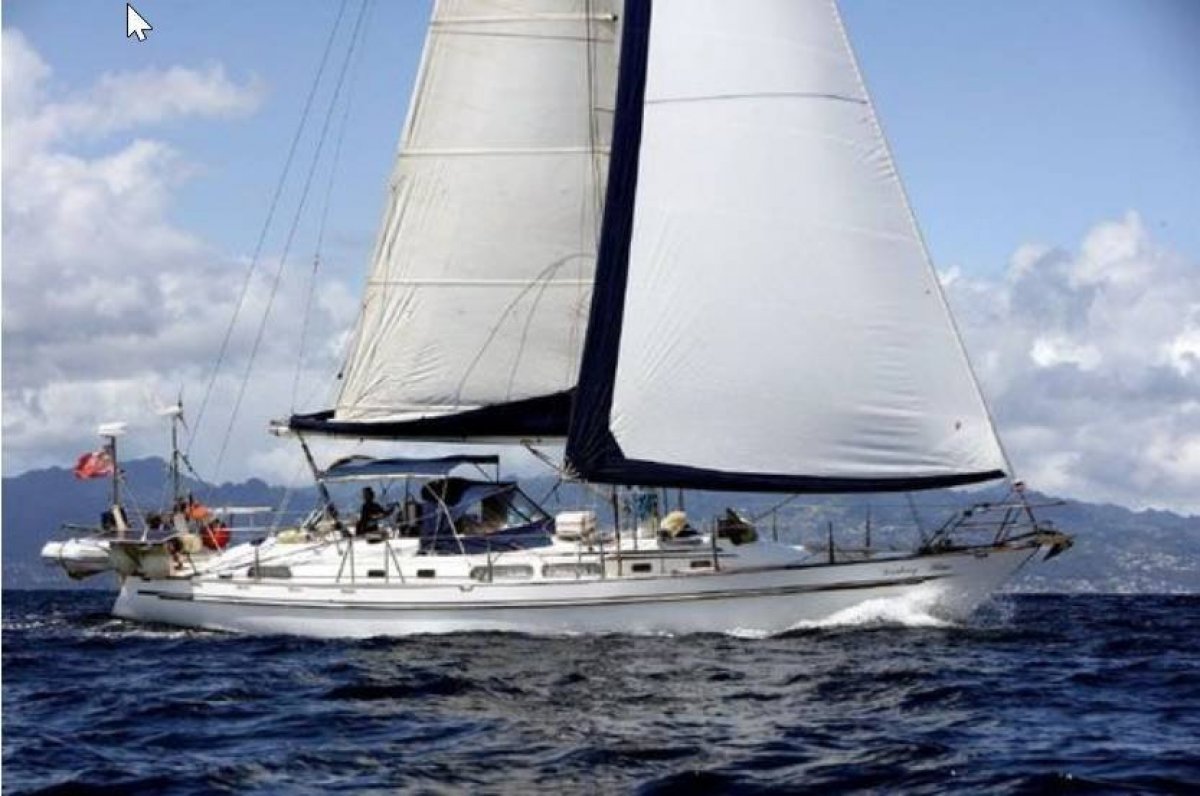 Moving aft - starboard forward cabin. A double bed cabin. Large mirror and lockers. With sliding door. Good floor space.
Forward Head and shower opposite starboard cabin. Wash hand basin and counter are in white Corian. 2010 new head and associated tubing all new. New teak seat. New sea cocks. Shower floor fiber glassed and painted cream. Moving aft into the large saloon area. Seating and table to starboard. Bookshelves and stowage under seats.
Companionway steps in the center aft of the saloon.
Saloon portside - Nav station and seat. With counter and teak lockers and drawers.
Moving aft portside - large drinks cabinet and L shaped galley begins into the walk through for aft cabin. Galley operates both sides of the passageway.
Aft into the beautiful spacious aft cabin. Mirrors everywhere. A King size bed with small cozy seat to starboard. A door to give privacy from the galley. A large mirror over the vanity. Starboard side enter the aft head with white Corian wash hand basin. A large full length mirror is on the back of the head door. Continue forward starboard side into the shower, with large linen locker. Continue forward into the generator room behind an insulated door, with storage shelves outboard and engine alternator access. Front end of the engine is accessible through companionway steps.
Saloon cushions new Nov. 2010
All teak interior with a blend of teak faced plywood panels and solid teak trims.
Teak and holly sole.

Sailing - As we are only sailing short passages at the moment we dont use the staysail much. Which saves setting up the backstay runners unless its very windy. The balance and performance of the yacht with 2 reefs in the main and furling in or out the genoa works perfectly. Shake the reefs out and suddenly you are on a different yacht. Under full sail in lighter winds, the performance is stunning.

HEADS. There are 2 heads and 3 showers. I made teak seats for the 2 heads.
Head and separate shower portside fwd. Jabsco toilet new December 2010. Including plumbing and seacocks.
Aft head. Ensuite to aft cabin. New toilet Dec. 2010. Separate shower.
Deck shower for when you come out the water at the aft swim platform. New control gate valve March 2014. New hose flex May 2014.

Decks
Sides. Not cabin roof decks.
Old decayed teak decks removed. 6 prismatic decklites removed and holes filled and faired. All holes in grp subdeck damage from fastenings made good. Filled and Faired.
2 layers of bi-axle and several of CSM, laid with resin and filler as required to level decks out and restore to perfect condition and seal. [no leaks now]
3 coats of epoxy resin paint primer with 3 coats of polyurethene International.
Non-skid patches redesigned and painted as above with non-skid in final 2 coats.
Cabin front and cabin stern painted white as above. Then sanded to 1500wet and buffed with machine and rubbing compound.

Additional Information
Anti fouled July 2012. Again November 2013. Also Blue bootstripe painted 4 coats Interthane blue.
Zincs July 2012. And again November 2013. Only 2 of 6. X 4 still good.
Vessel is in constant use. We use her for light chartering. Only with us in full service mode. Meaning only, we sail the boat. Guests assist a bit.
We handle the vessel alone, just the 2 off us.
Various large fenders, mooring warps etc.
"Darling Blue" has an exceptionally large and beautiful aft cabin with ensuite heads and separate shower.
There are no deck boxes. The decks are clean and clear.
There are x 3 large lazzerettes in the aft deck with plenty of space for ships equipment.
The 65 lewmar winches are very strong and even helpful mooring alongside. Or hauling crew up the mast.
The cockpit is curvaceous and comfortable. A new burmese teak cockpit table. Jan. 2012.
Cockpit is deep and high combings so very dry. It's very easy to operate the vessel from here.
The cockpit is not oversized. A real deep sea cockpit that makes you feel safe in any wx.
Although called a center cockpit vessel, the cockpit is not too far fwd.
The large aft deck is great for laying out or sitting and watching her go. Catching fish etc.
We often sail upwind and up current in 15 - 20 knots with a short rough sea, at 7.5 knots. 2 reefs in the main, staysail and several rolls in the genoa. Or no staysail and more genoa. She is always fast and very steady. Her lovely long sweeping sheer with her long overhanging bow and raked stem with matching raking stern swim scoop, give the appearance of speed and elegance. After a day on the water, or weeks crossing oceans, or several hours spent on watch, the warm traditional interior makes "Darling Blue" a comfortable cruising home for real sailors.
Displacing around 20 tons she is steady at anchor and has an easy motion at sea.
Vessel was surveyed in December 2011.
MARCH 2014 NOTES.
All works/jobs have always been photographed and well documented and recorded with dimensions and data lists.
A selection of plates, galley equipment, cutlery etc will be left aboard.
Also a selection of bedding and towels.
CONTACT DETAILS
Dealer
SeaBoats 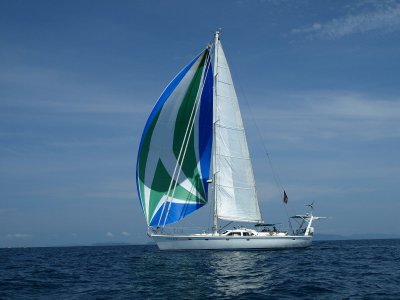 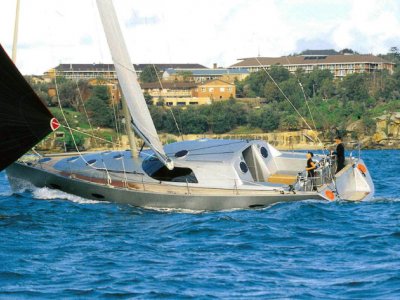 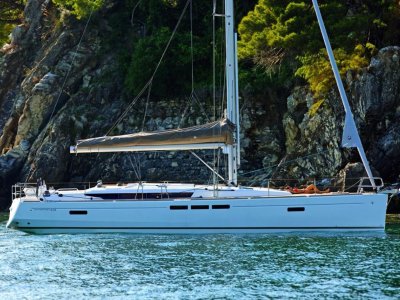 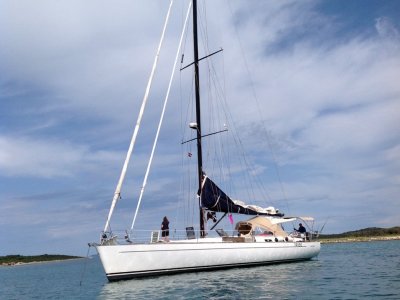