Nelly Rose. Freshly antifouled In May 2021, with new thru hulls, hull polish and saildrive service, she's ready to take on the next adventure.

This Danish designed and built X Yacht 412 Mk III will take you safely at speed anywhere in the world. Having sailed from Holland to NZ, around the Pacific Islands and New Zealand shores, she knows her way. I've sailed her through 60 knots and the worst of Cook Strait and solo sailed the South Pacific and back to NZ on her, the boat amazes me just how well it sails compared with others.

She's not your standard production boat, she's well built and light for her size which means she's still sailing when others are motoring. Built around a galvanised frame, there is no creaking or hull movement. Her rod rigging and spa was replaced/serviced in 2017 while the spar was new in 2010 to prepare for a round the world adventure. The original boom is still in service.

She has regularly achieved 180 nautical mile days offshore, single handed with a record of 213 nm, I sailed her extensively offshore single handed and has been a well balanced, safe but powerful yacht. Especially powerful when the wind is light, which is most of the time, her balanced spade rudder and slippery hull ensure effortless sailing in the light. 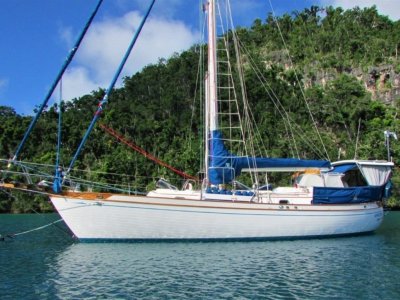 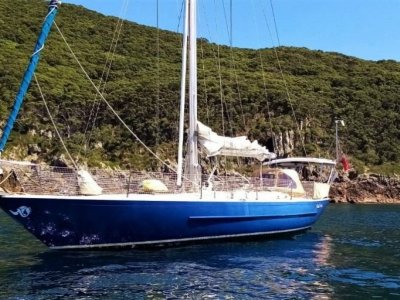 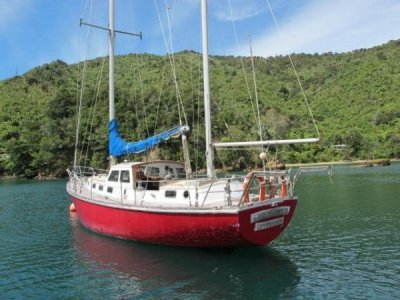 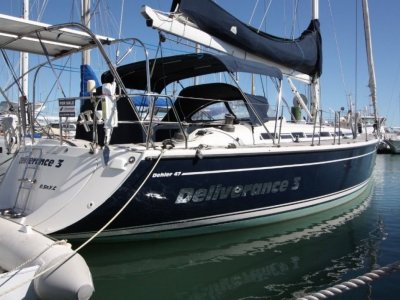