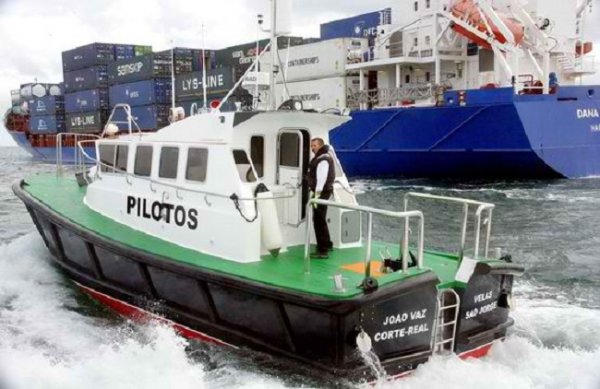 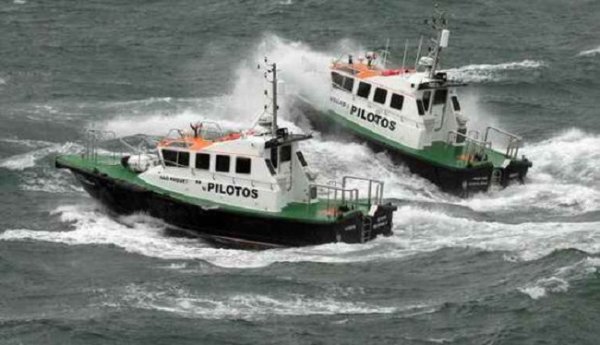 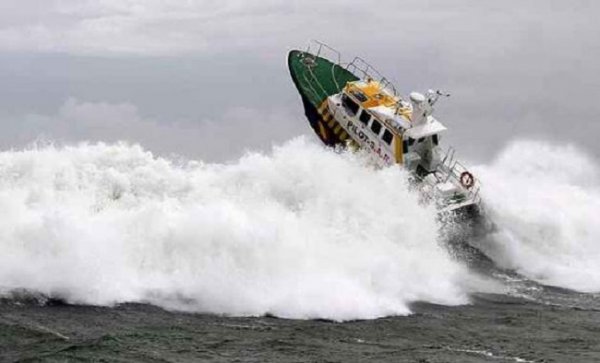 DESIGN
Safehaven have supplied four of its new Interceptor 38 / 11.5m pilot vessels to the Islands of the Azores, situated some 1000 miles out into the Atlantic between Europe and America. This 11.5m pilot boat uses Safehaven's proven Interceptor Deep V, twin chine semi-displacement hull design. It features a deep skeg protecting the stern gear, raised sheerline at the bow and a fine waterline entry. The Interceptor hull is renowned for its exceptional seakeeping abilities, performance and handling, providing a soft ride into head seas and exceptional dynamic stability running down wind in big following seas. Its wide 3.8m beam also provides a stable and secure platform when undertaking boarding's and the hull is very dry, its unique twin chine arrangement effectively suppressing spray.

INTERIOR
Main accommodation features four pilot seats in staggered height configuration providing excellent visibility for all pilots. A central helm position allows excellent control for the helmsman equally when boarding to port or st/bd. A comprehensive navigation package centered around large multi-function displays is integrated into a clear, easily viewed helm console that has been ergonomically designed to provide a modern, comfortable and focused driving position, allowing the coxswain to maintain safe and relaxed control of the vessel.
This smaller Interceptor 11.5m 'Pilot' design features a central cabin position allowing an aft cockpit, which can be fitted with a Mampaey quick release tow hook. The transom is designed to encompasses towing ropes safely and is enclosed with a substantial 60mm dia guard rail, providing safety for her crew working on deck. The design also incorporates a 'pusher' bow that allows the vessel to be used for occasional 'pusher tug duties' assisting pilots in maneuvering smaller ships.
Other features include a forward cabin, a virtue of the Interceptors aft engine installation, with a separate heads compartment, occasional sleeping berths & storage lockers. Engine room access is via a deck hatch in the cabin sole for daily inspections and two large bolted deck hatches in the aft cockpit, facilitating engine removal and service.

The vessels have proved to possess excellent alongside ship handlings trials, easily holding station and breaking clear, and proving very responsive at all times. Rough weather capabilities have been proven fully proven with the vessel operating in Force 9 conditions and over 5m seas. Indeed, she has the same renowned sea keeping levels as Safehaven's larger Interceptor hulls.
The Interceptor 38 pilot has proved very popular, as it is a real 'multi-purpose' vessel allowing a port to combine multiple duties within one design. All this is offered in a design that is both economical to purchase and operate, and should be of special interest to smaller ports.

ENGINEERING
The Interceptor 38 is typically powered by twin Volvo or Caterpillar C/D9 engines rated at 360hp or 425 hp on ZF 'V' Drive gearboxes, operational speed is 22kts with the lower rating and a maximum speed of 25kts is available with the higher power rating and a bollard pull of 3.5 or 4.5 tons respectively. 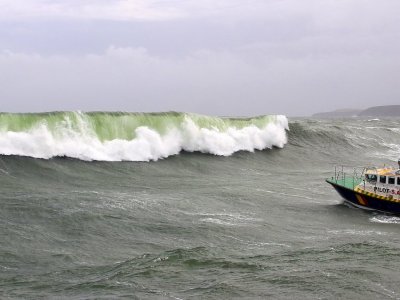 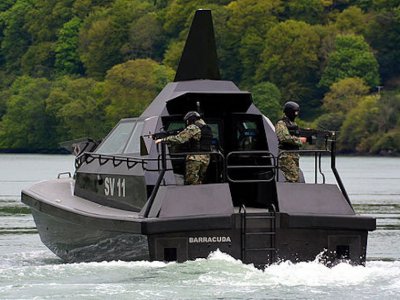 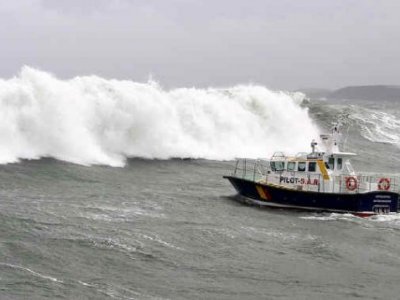 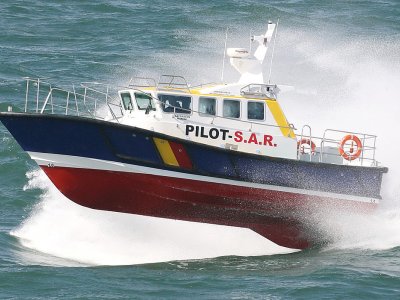