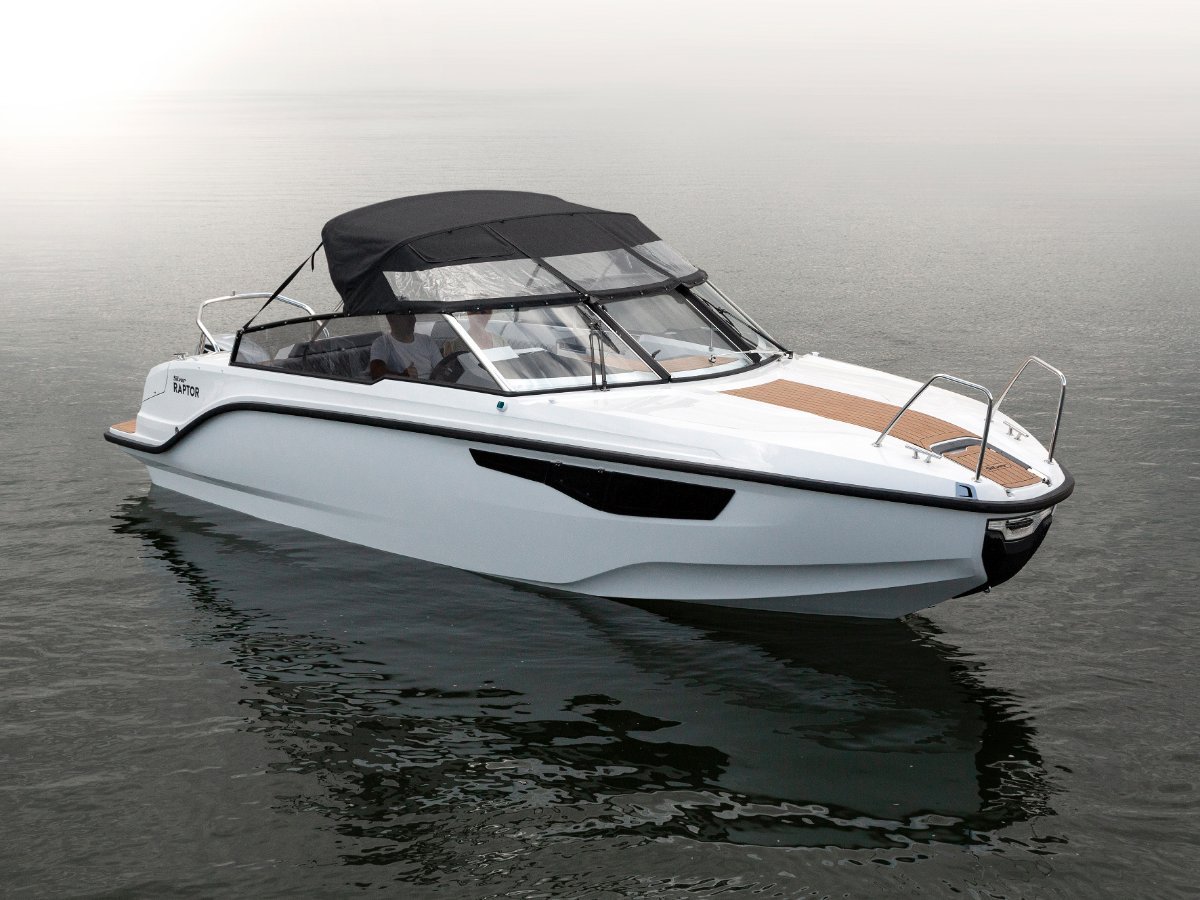 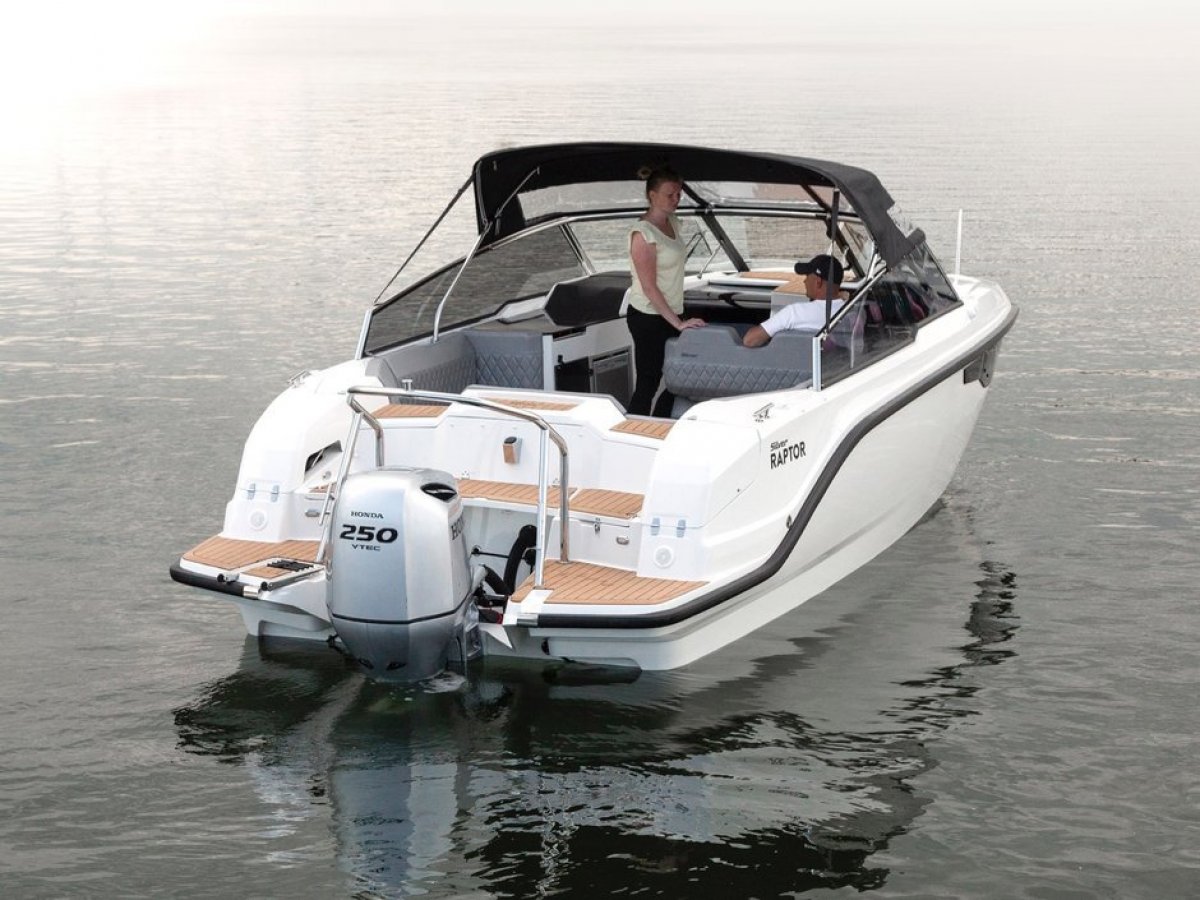 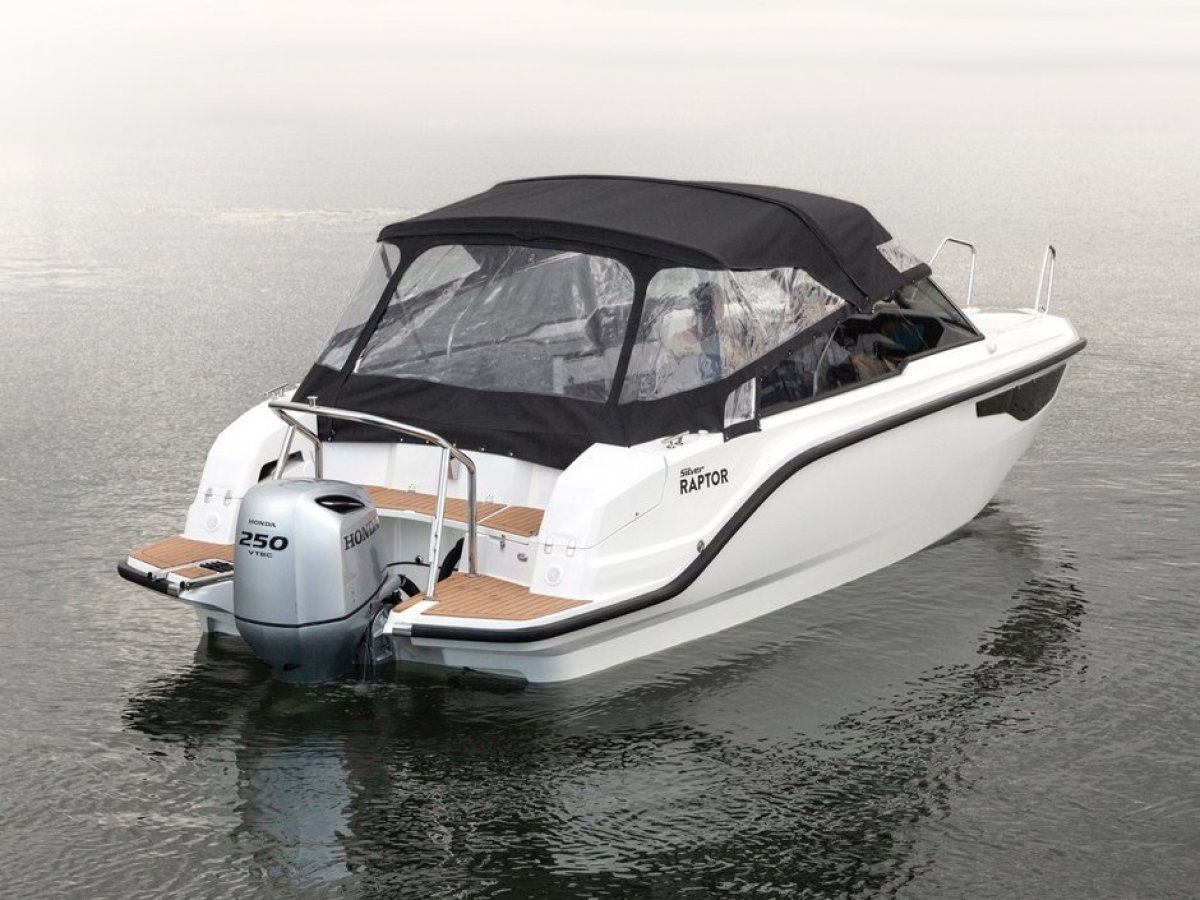 Raptor DCz's outlook is stylishly Scandinavian with a capacity of up to 10 passengers for day tripping or comfortable overnight accommodation for up to 6. Engine choices range from 250HP to 350HP promising blistering performance!

A true scandinavian collaboration, at just over 8 meters in length the Silver Raptor DCz is designed by Norwegian design agency Eker Design AS and buildt on Swedish Petestep® technology. The bold and shapely hull called for a clean-lined yet modern interior combining calm, harmonic greytones, details in black and a cool-brown coloured composite teak deck which is an environmentally friendly option that has a pleasant feel to it. The end result is a modern yet timeless Day Cruiser with a Scandinavian touch, that suits a wide array of boaters.

Driving the Silver Raptor is a comfortable yet striking experience and thanks to the Petestep® hull the interior remains very dry from seasprays at the same time as making the boat stable and consistent to drive. The sleek windscreen that continues far along the sides gives substantial shelter from airflow for the whole cockpit and the driver has good visibility in all conditions. The steering console has been designed not only with style but especially with ergonomics in mind, the instrument panel includes both a Raymarine Axiom display/chartplotter and space for a separate tablet.

Silver Raptor makes for a great day cruiser for socialising thanks to the spacious stern cockpit with its sizeable U-shaped sofa. A two-part table can be fitted on the stern deck around which up to eight adults can fit comfortably. By lowering the table and adding cushions a large sunbed is formed in the stern which also functions as a double bed.

As Silver Raptor is a large premium-class Day Cruiser, berths for several people as well as plenty of storage space is more of an expectation than a desire. The fore cabin sleeps four and the sunbed in the stern doubles as a bed for two adults. The inside of the 3-way stern canopy can be fitted with separate blackout curtains - this way the persons sleeping in the stern enjoy some privacy. The curtain set comes with a drop curtain which restricts visibility from the cabin to the stern and vice versa. Accommodation comfort is increased by the pantry found on the port side complete with a gas stove, wash basin and countertop space as well as by the enclosed marine toilet in the cabin and a double-battery system ensures plenty of power supply.

Silver Raptor DCz has a comprehensive standard equipment level which includes a 9" Raymarine Axiom+ display with a CPT-S transducer sensor, a 260 liter integrated fuel tank, two windscreen wipers, bow thruster, the cabin's and stern cockpit's cushions, the cabins carpet and a composite teak deck in the cockpit, a 3-way stern canopy, a 2-part table for the aft deck, as well as a double-battery system and a pressurized water system. 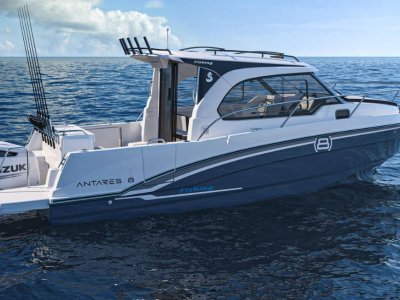 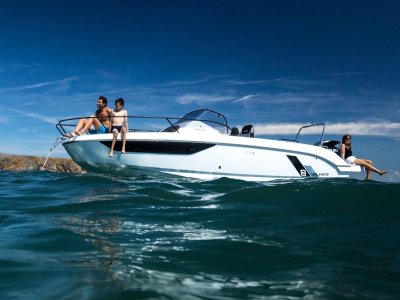 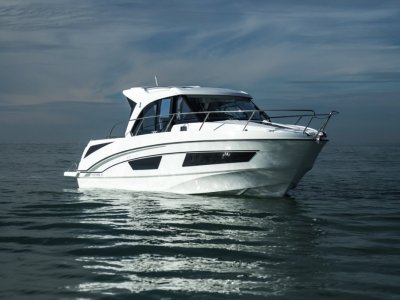