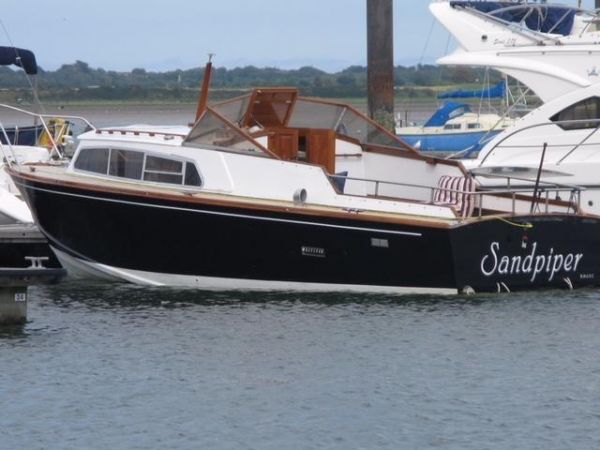 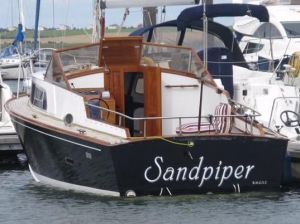 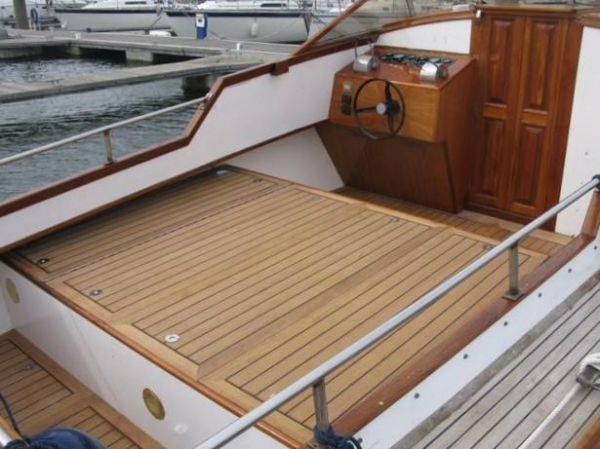 
Cowes-Torquay Race legend A very rare opportunity A genuine ex Cowes-Torquay race-boat from the golden age - mostly restored - and still with the original V8 Cummins turbo-diesel race engines. A new custodian is required for this Colin Mudie designed R & W Clark Force Eight powerboat built in 1965. From 1966 to 1969 Mr Edward Lacy-Hulbert entered this boat in the Cowes-Torquay race in this boat and finished 3rd in Class in 1968 and 6th in Class in 1969. These boats were built using the well-known cold-moulded process of 4 overlapping layers of wood. After her racing career and still with the two race engines installed she went to the Isle of Man, as we understand it, for an occasional commute from there to Ireland. Later, with a new owner in Ireland she was subject to an extensive renovation which included the re-building of the race engines and Parsons hydraulic gearboxes that drive forward to Vee drives then returning aft to two counter-rotating props. The six (!) fuel tanks and associated piping were removed and a single fuel tank of some 300 litres installed. A teak deck was added which, it would seem, has rarely seen the sun and little or any sea-water. A few years ago this 28 ft long boat on her 6 wheeled trailer was put onto a low-loader and brought back to the Isle of Wight for the restoration to be finished by the current owner. Alas, that did not occur and the current owner is reluctantly having to recognise that life events preclude him from finishing the task. Much hard work has been done by previous owners but this boat is not yet ready to be put in the water although it is well-above being a barn-find. One of the historic race-boat brokers at Nicolle Associates has viewed this rare opportunity and taken many pictures. Part One registered for secure transfer of title. Serious enquiries only please.
Price
UK £65,000    Finance
Boat Reference
7837127
Launch Year
1965
Length
28' 0" - 8.54m
Beam
3.05m
Vessel Location
Kingston E21
Region
United Kingdom
Designer
Colin Mudie
Builder
R W Clarke
Hull Material
Timber
Engine Make
Parsons/Cummins
Number Engines
2
Fuel Type
Diesel
CONTACT DETAILS
Dealer
Nicolle Associates 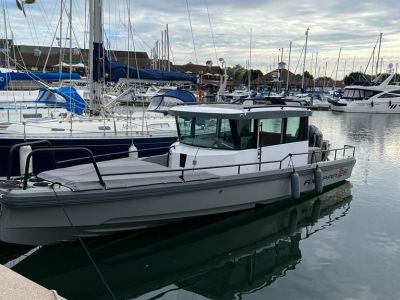 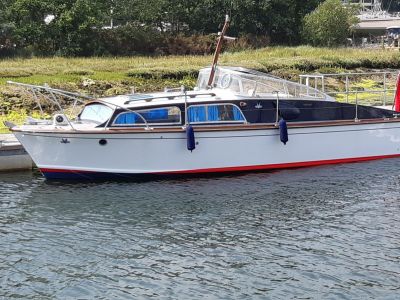 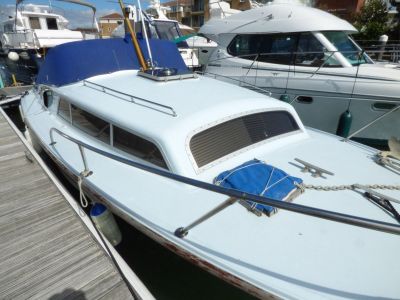 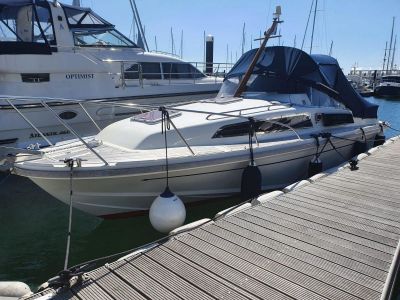