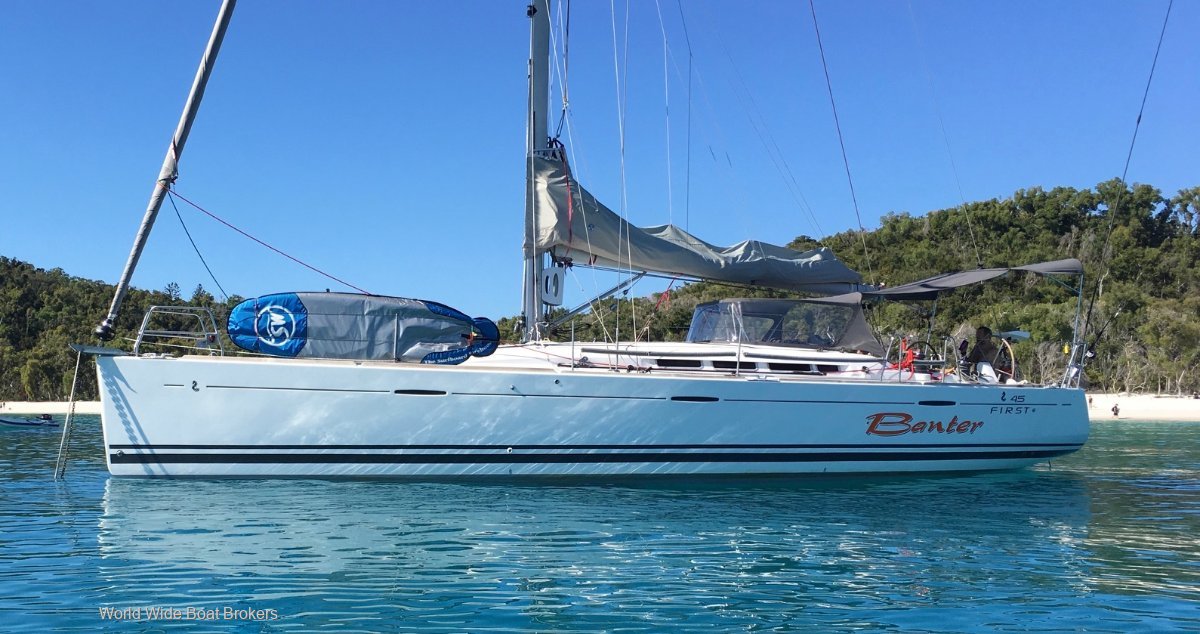 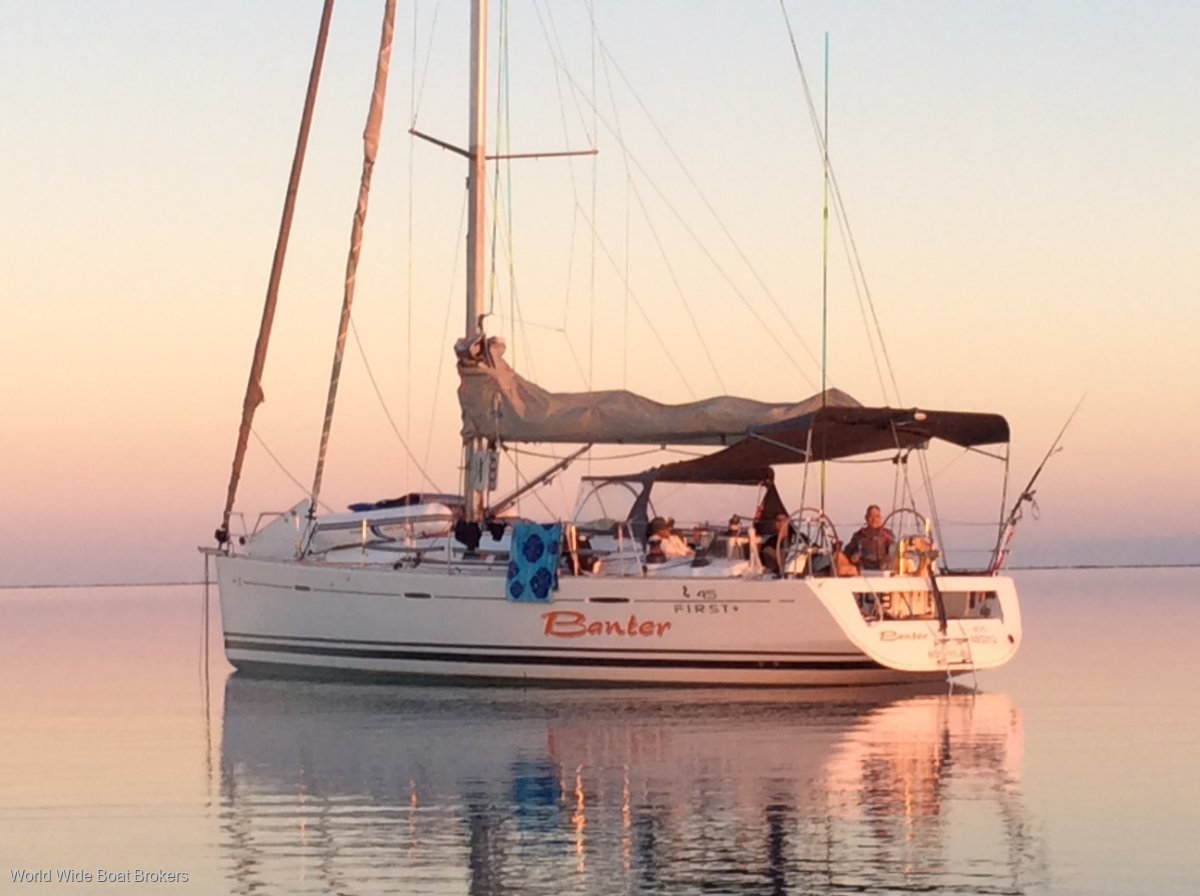 Huge Price Reduction! Owner has bought another vessel. Must be sold!

Introducing Banter - 2009 Beneteau First 45,3 Cabin Version and turn key ready, the best of both worlds, racing offshore one weekend and then cruising the next.

Banter has been setup to be cruised shorthanded or raced with a full crew.

The Owners have had some great cruising on Banter around the Whitsundays, but now its time to upgrade to something bigger.

On the racing side of things the Owners have had some great races over the last couple of years and Banter is quite competitive amongst similar boats.

The racing and delivering have been awesome on such a comfortable boat.
It is such an easy transition from going cruising or competing in a Sydney to Hobart.

Cruising:
In 2018 The Owners installed a jib furler with a (UK sails) jib with vertical battens. A new forestay was installed and the race forestay with the twin track luff is available for Banters new owners to reinstall if more serious about racing.
A spray dodger, bimini and joiner section were made in mid 2018 and only used for 3 weeks at the Whitsundays.
Fans and USB charging points have also been installed in all cabins with an extra heavy duty 12v power outlet installed under the saloon table for extra refrigeration power if needed.

We have an optional Highfield 3.1m tender (new 2018) with a 5hp mercury outboard. If required by the new Owners.

Racing:
The Owners have competed in Surf to City 2019, Bris - Glad 2019, Bris - Hamo 2019, Syd to Hobart 2019 & surf to City 2020. The Owners have only completed a couple of club races as the most of the time they have used Banter as a cruiser.
Banter has all the gear for Cat 1 safety and is still current.
Additional canvas covers to protect all cushions onboard and covers over the saloon table whilst racing.
We installed a removable Carbon FibreTrogear 50 Bow sprit to fly our Asymmetrical Spinnakers off with a Carbon Fibre Spinnaker pole.

For more information on Banter including the Inventory, which can be loaded, please do not hesitate to contact Ant at World Wide Boat Brokers (WWBB) on +61 (0) 423 249 249. 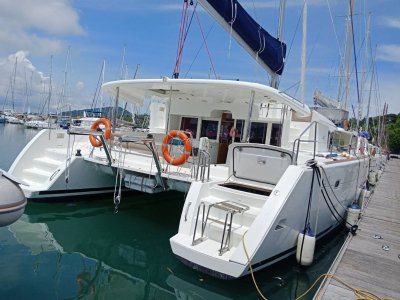 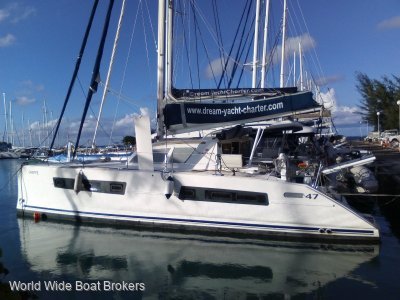 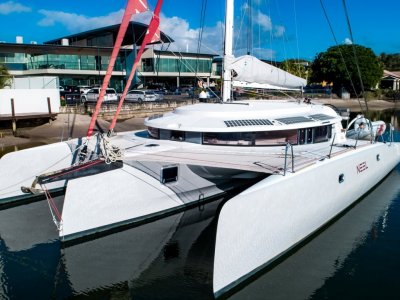 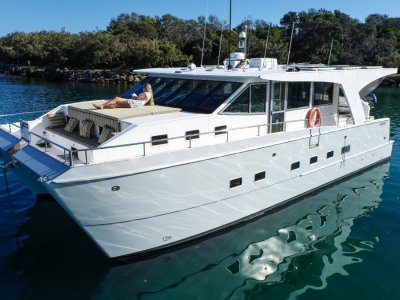