The FOILER is a radical evolution from any regular yacht. Its fully carbon fibre hull is designed not only for a 007 look, but is also promises for an easier take-off, a smooth landing, and comfortable sailing without using the foils.
Her two 320hp hybrid engines give the FOILER the speed and power needed, while also being able to cruise in full electric mode, and reduce the overall fuel consumption by 20% over a traditional yacht. The Foiler is delivering excitement along with its smooth ride. Riding upon retractable carbon-fiber hydrofoils, the Foiler's hull is raised 5' (1.52 m) above the water, with the added benefit of up to 20% increased fuel efficiency. Traveling at speeds up to 40 knots, the Foiler is powered by a pair of 320-hp BMW engines as well as two electric generators and can carry up to eight persons. At rest, the foils are retracted, as are the drive mechanisms, indicated by the red section on the tops of aft. Because of the reduced wetted-surface drag, the boat offers speed in combination with fuel efficiency. At a cruise speed of 30 knots, has a range of 130 miles on its 79-gallon (299 L) fuel tank.
The Foiler is built in full carbon infusion, front and rear foils in autoclave.
The propulsion is hybrid, powered by BMW with two turbo-diesel engines that each drives a 400V generator.
The current goes through a high voltage buffer battery allowing navigation for 10 minutes in « full electric".
The propulsion consists of two electric thrusters 140 KW each.

Foiler Takes High Speed to New Heights top speeds. The Foiler hits foiling speed around 18 knots, and cruises at 30 knots. The hybrid system can use the battery system in conjunction with the electric torpedos to propel the boat at up to 10 knots on silent electric power for up to 10 minutes.

While the Foiler is designed to appeal to the superyacht market as a toy and tender, the idea of foiling powerboats will become more mainstream in the future thanks to the combination of efficiency and speed. 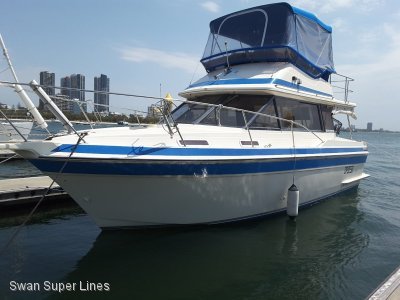 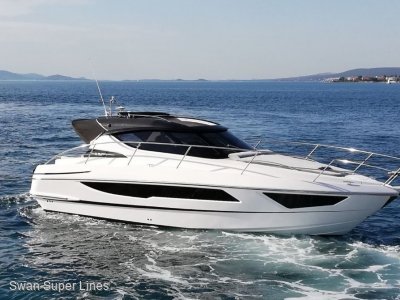 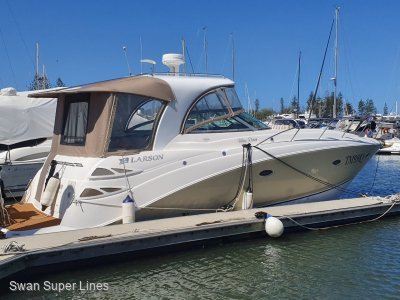 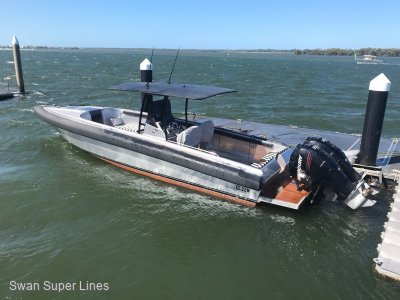