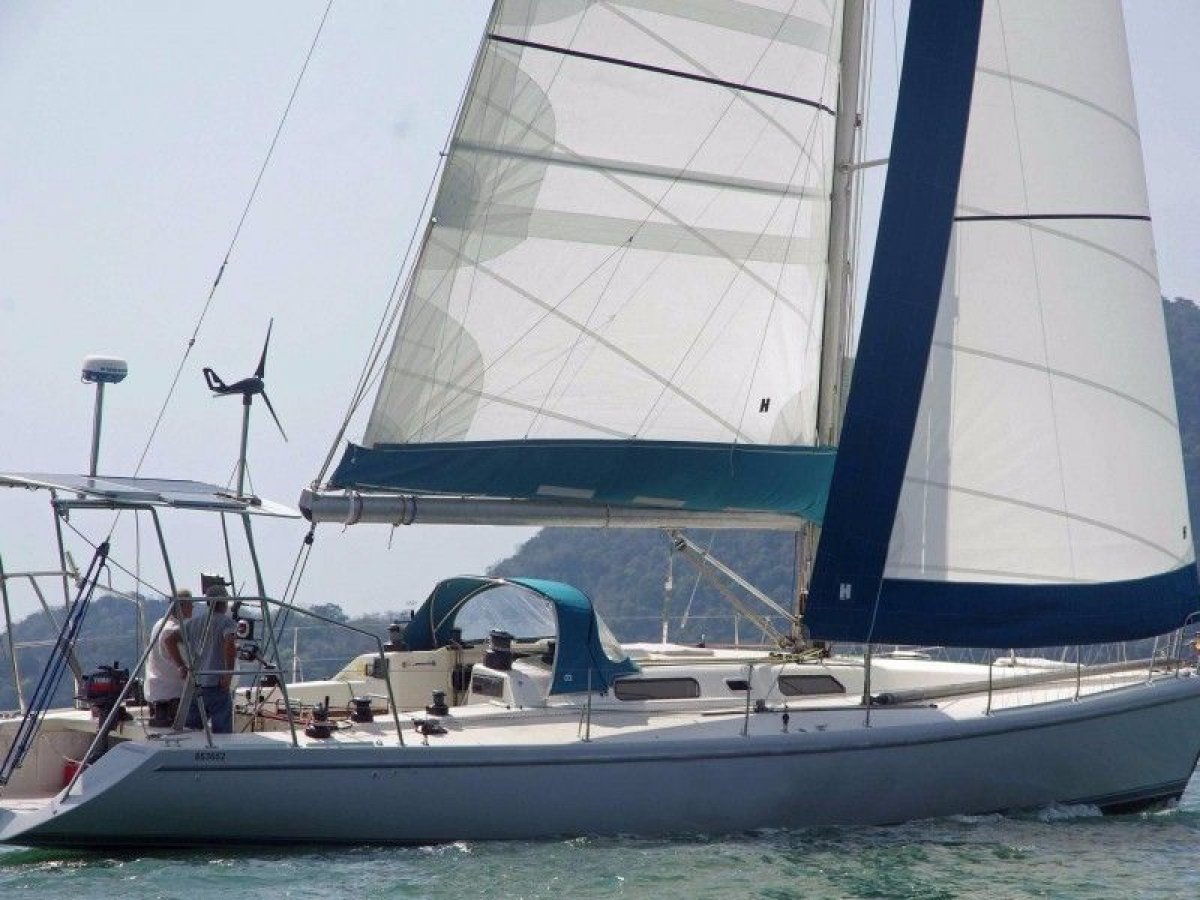 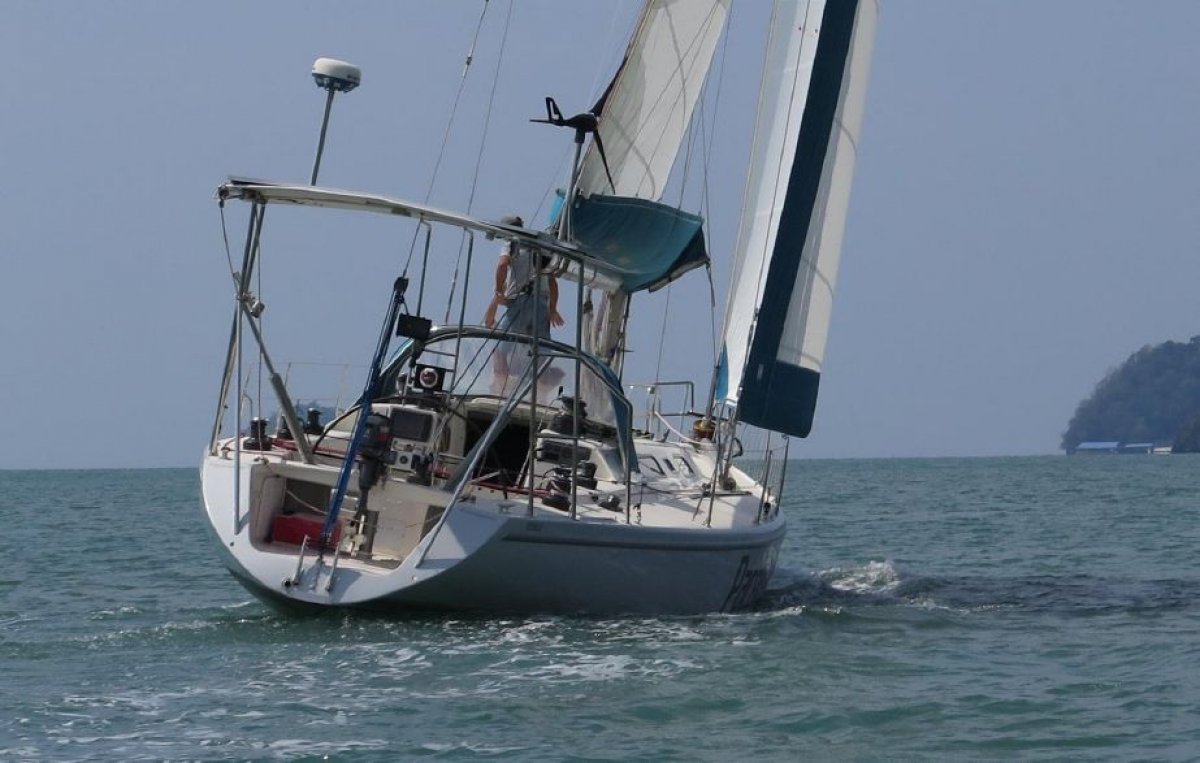 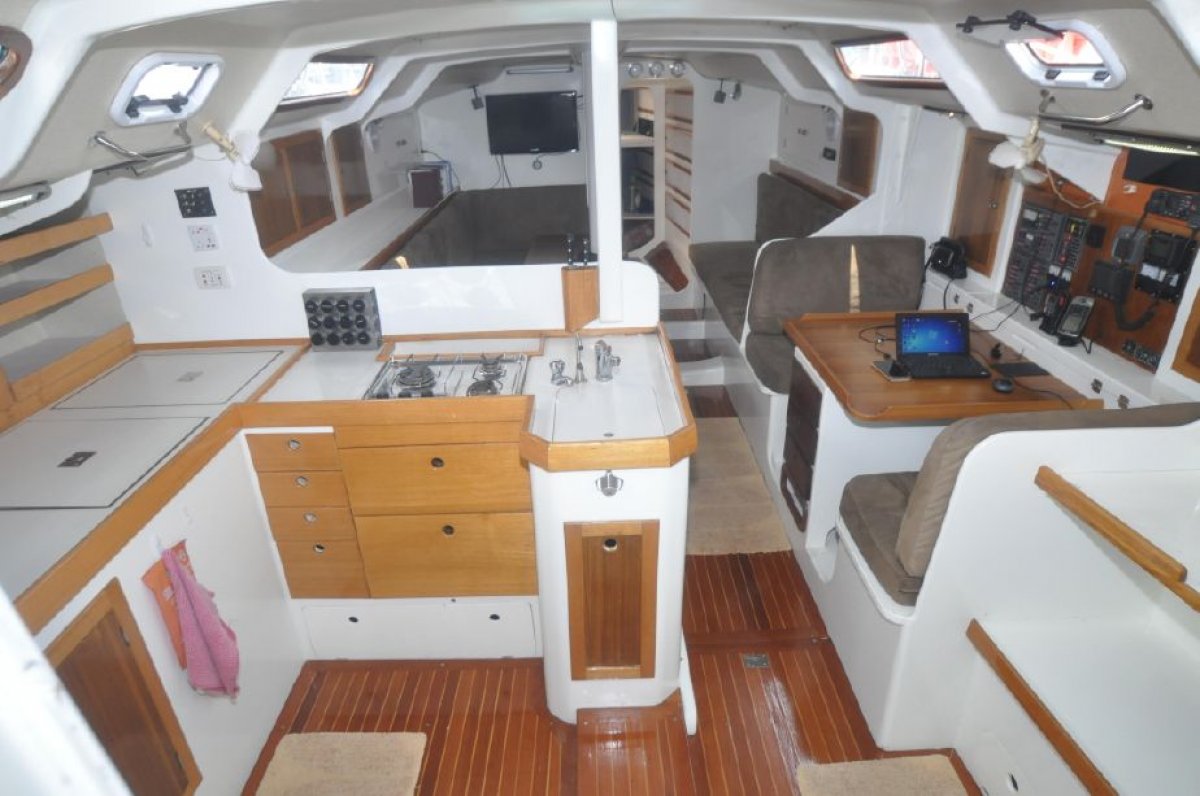 The nav station also serves as a good desk for two. The galley is well designed with an opening port and good counter top space. With 2 cabins aft, the owner's cabin to port has the ac unit which can cool the whole boat and the starboard cabin is currently used for storage. 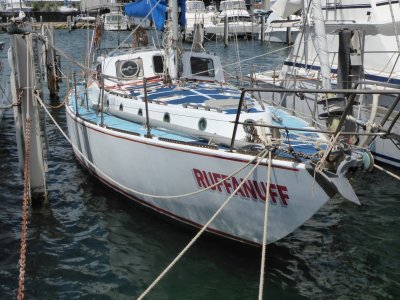 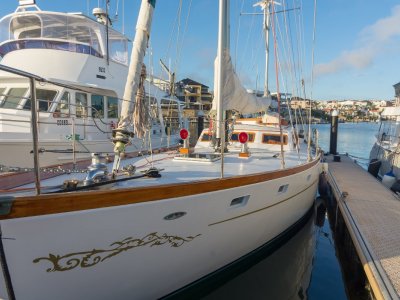 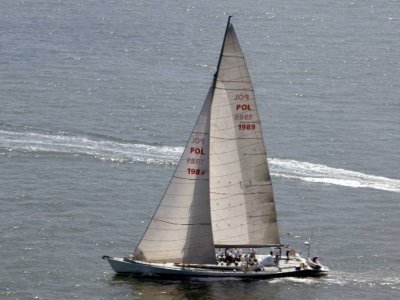 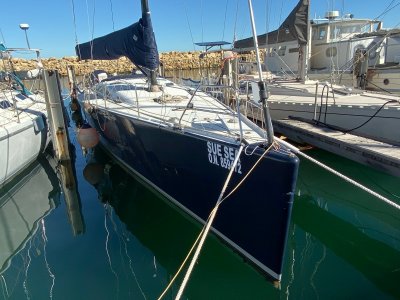